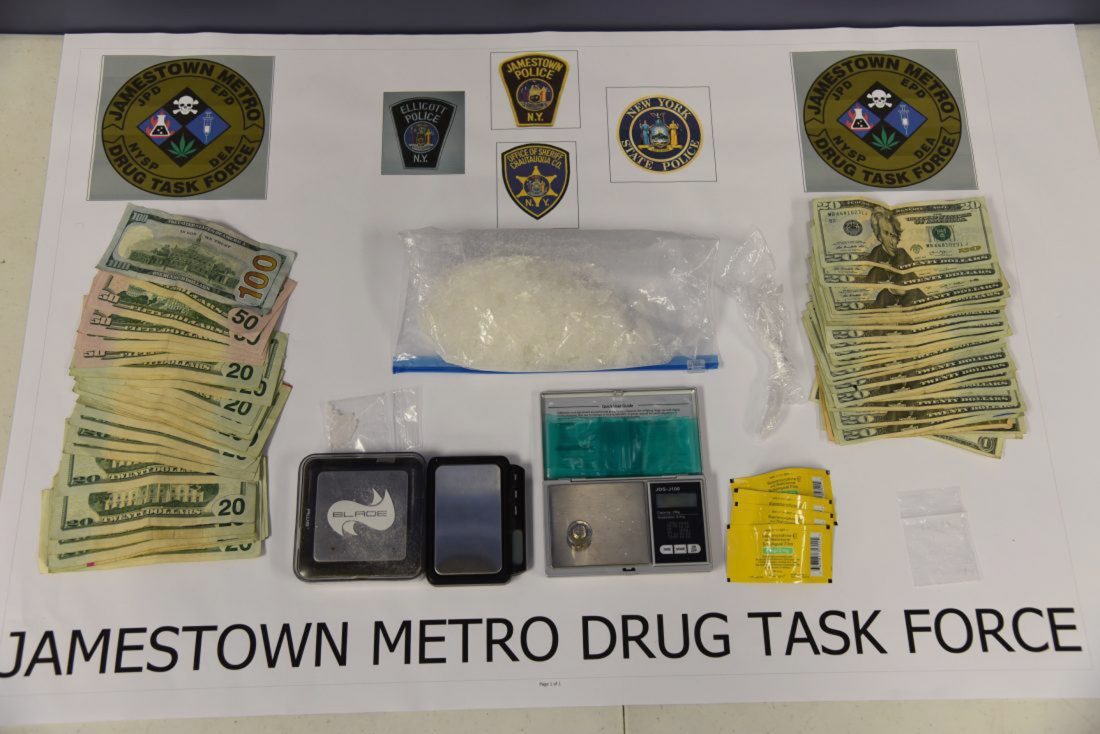 Pictured are some of the items recovered in

JAMESTOWN — A large quantity of methamphetamine was seized and five people are facing charges, the Jamestown Police Department announced Wednesday.

At the residence, offices found Lopez “and also observed several other individuals and a large quantity of what appeared to be crystal methamphetamine inside,” Jamestown police announced.

A search warrant was obtained, and investigators later seized a half pound of crystal meth, $1,500 in cash and other drug paraphernalia.

New York State Police ¯ On Jan. 12, troopers out of Jamestown arrested James Trotter, 28, of Frewsburg, for ...

New York State Police ¯ On Jan. 13, troopers out of Jamestown arrested Joshua Ross, 31, of Kennedy, for ...

A Dunkirk man has been arrested for alleged drug sales in the city. Members of the Southern Tier Regional Drug ...

Dunkirk Police ¯ On Jan. 1 Wilfredo Rodriguez, 38, of Dunkirk was charged with second-degree menacing. ¯ On ...