The Chautauqua Lake Association has filed scientific and regulatory objections to municipal applications to the state Department of Environmental Conservation for permits to apply two herbicides to 1,200 acres of Chautauqua Lake this summer.

The 10 objections range from failure to notify all affected shoreline property owners to the lack of scientific understanding of lake currents that could spread the chemical herbicides beyond the sections of the lake for which they are proposed. The chemicals are Aquathol K, containing endothall, and Navigate, containing 2,4-D.

“The CLA sent this letter to the DEC because it views the lake as a whole, and these flawed applications would introduce, with inadequate safeguards, potent chemicals throughout the lake,” said Douglas Conroe, CLA executive director. “This is improper and DEC officials know that. The CLA does not oppose effective and selective herbicide application, but this helter-skelter approach could cause enormous environmental damage.”

The DEC permit applications were drafted by the Chautauqua Lake Partnership — a group of homeowners centered in Bemus Bay — which the towns of Busti, Ellery, Ellicott, and North Harmony and the villages of Celoron and Lakewood then filed.

The CLA is part of a 10-organization lake-related consensus group. CLA Board President Paul O. Stage signed the letter on behalf of the board, which endorsed it at a meeting Feb. 27.

The 10 objections cited to the DEC are:

¯ Inappropriate herbicide use endangers fish, animals, birds, insects and plants. In February, 10 entities, including the CLA, confirmed their continuing consensus regarding the management of Chautauqua Lake, including plant management. Their Conservation Statement for Chautauqua Lake specifically addressed using herbicides by stating: “Herbicide use can be suitable when it fits within an invasive-species management plan, and when other methods of nuisance plant control are not workable.”

The statement further notes that short-term solutions must not endanger fish, birds, amphibians, animals and insects that rely on the lake, nor should they pose a risk to human use of the lake. The permit applications, as submitted, conflict with the conservation statement’s consensus that the long-term, deeply experienced lake-related entities formed.

The applications also do not fit within any invasive species or lake management plan ever written. And, the applications fail within the DEC’s own Division of Fish, Wildlife and Marine Resources Bureau of Habitat Technical Memorandum of March 17, 2016, titled Recommendations Regarding the Use of Aquatic Herbicide In Fish-Bearing Waters of the State, guidance specifically regarding the utilization of herbicides in invasive species colonized lakes.

Further, it has been clearly demonstrated that when fully implemented aquatic plant harvesting can work to control nuisance plant growth in Chautauqua Lake – without resorting to herbicides. Given the CLA’s existing fleet of harvesters, an alternative method to herbicide treatment is available.

¯ Failure to comply with county plans. Again this year, the proposed treatments fail to comply with the Chautauqua County 2017 Macrophyte Management Strategy guidance document in regard to treatment locations; treatment timing; use of specifically not-recommended 2,4-D. CLA officials said that although some variance from the guidance document is tolerable, the variances are so egregious that issuance of the permits as requested is inappropriate.

¯ Permit application defies DEC regulations. Regarding the utilization of 2,4-D, the DEC’s regulations limit such aquatic use to emergent plants, yet the 2019 herbicide-use permit applications propose use on submerged vegetation. CLA officials said the DEC regulations and the county’s Macrophyte Management Strategy recommendations mean permits should not be issued to use Navigate in Chautauqua Lake.

¯ Proper testing was not performed in 2018. DEC policy requires use of Environmental Laboratory Approval Program-certified labs for analyzing water samples. ELAP was not followed last year and the 2019 applications do not state that ELAP will be utilized. CLA officials said that should make the applications be deemed incomplete. The necessary impact conclusions and quarantine-lifting decisions that are part of herbicide application cannot legitimately be made per department policy when non-certified labs are utilized, CLA officials said.

¯ “Need” for herbicide use based on flawed surveys, according to the CLA objection. The applicants’ treatment-area decisions were apparently made based upon “rake-toss surveys” of the lake. Ample input was provided in 2018 as to the inappropriateness of the applicants’ rake-toss method and the flaws associated with it. Only the commonly accepted Cornell University Modified Army Corps Rake Toss Method data should be allowed for herbicide-based decision making. The applications should thus be deemed incomplete and the applicants should be required to submit other rationale as to how treatment areas were/are determined.

¯ Bottom cover should be determined by third-party divers, not guesswork. The applications vary from standard policy without justification. We request that any permits continue to follow standard, proven-to-be-appropriate policy: Treatment only to occur within 200 feet from shore or out to 6 feet deep, whichever comes first, unless performed in a specific navigation channel; notification of all lake property owners and at all launch ramps along with required extensive public media announcements; and, treatment to only occur where 50 percent of bottom cover of target species exists. In this case, due to last year’s shortcomings, this should mean cover would be determined by third-party underwater divers or certified rake toss, as opposed to sight guessing that occurred in 2018.

¯ Specific impact of the simultaneous introduction of Aquathol K and Navigate upon the ecology in Chautauqua Lake needs to be evaluated through a bona fide study before introduction of the chemicals on the proposed scale occurs. CLA officials said The proposal to cover more than 1,200 acres with both products equates to more than 2,400 herbicide acres of treatment. Further dual herbicide treatment must not be permitted until local impacts are better known.

¯ Lake current patterns — which could disperse the chemicals over a much wider area — are unknown. CLA officials said Chautauqua Lake has no immediate water-flow pattern data. Given the observed 2018 drift impact, specific chemical drift studies need to be undertaken throughout Chautauqua Lake before any permit for herbicide treatment is issued. After a 2018 herbicide application, the applicants’ own test results documented the presence of *triclopyr miles downstream in the Conewango River in Carroll. 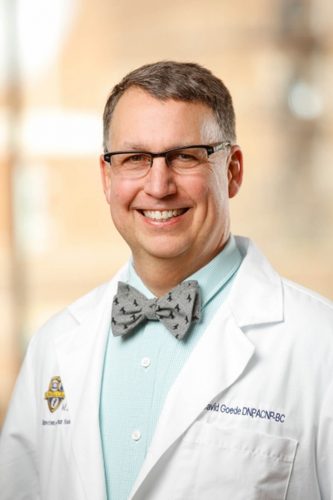 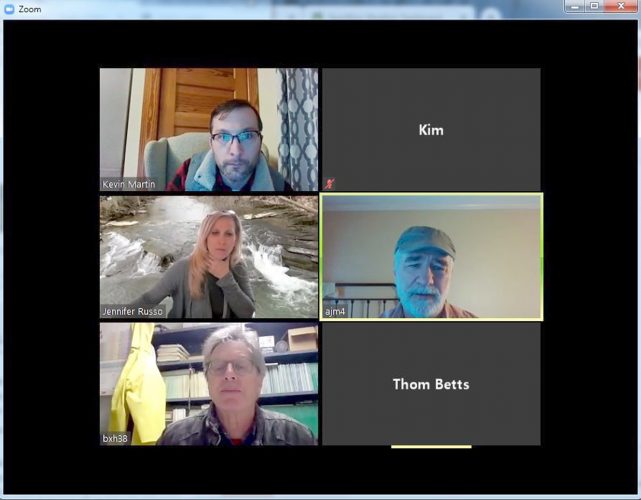 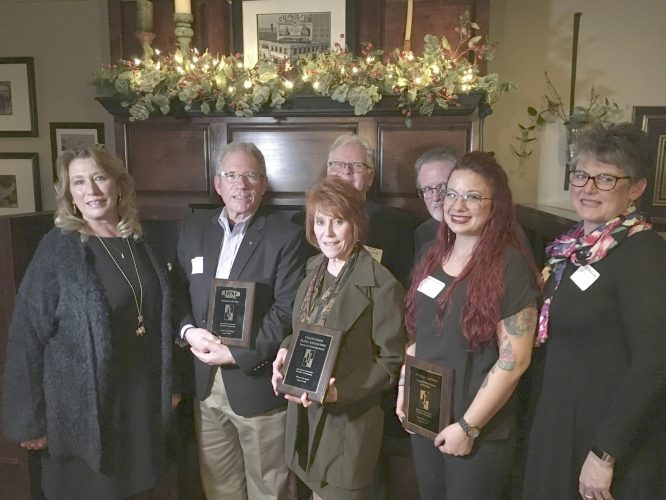