Alvin Wilson announced as 2019 Grape Grower of the Year 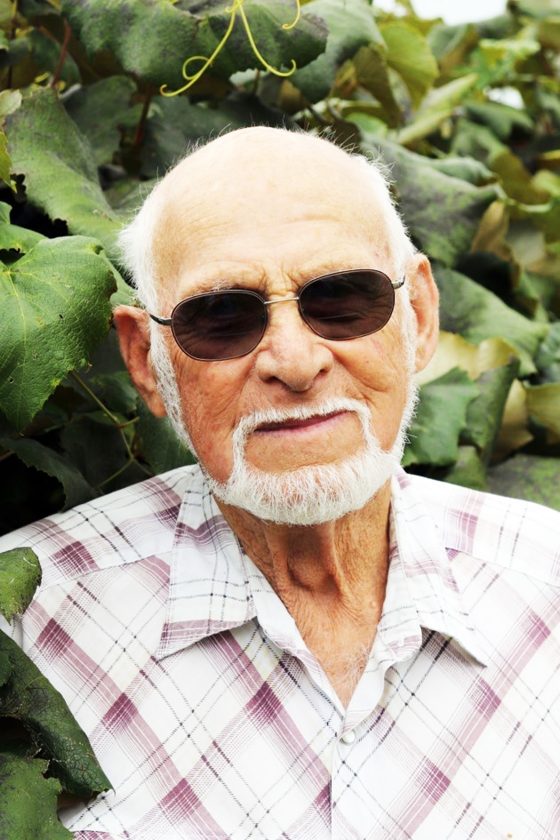 SILVER CREEK — Alvin Wilson has been announced at the 2019 Grape Grower of the Year for the Silver Creek Festival of Grapes festival.

A lifelong resident of Silver Creek, Wilson has been living on the same family grape farm, located on Hanover Road for 88 years and has been running the farm since 1965. He lives there with his wife of 65 years, Donna. The couple raised three children, David (Peggy) Wilson of Stockton, Michael (Cindy) Wilson of Dunkirk and Shari (Carl) Tona of Depew. The pair also has eight grandchildren and 13 great-grandchildren.

Though Wilson loves his grapes, there are many other activities that have kept him busy throughout his 88 years, such as his military service in the US Army where he was stationed in Germany. He is a 70 year member and past president of the Silver Creek Hook & Ladder Co. and the Fire Police. Wilson also is a current member and past president of the Southwestern Firemen’s Association and also served on the Silver Creek Emergency Squad for 25 years.

In addition to all his service with the fire company, Wilson also served as a Hanover Town Councilman for eight years. Wilson is a current member and past Commander of the Samuel Cimino VFW Post 6472 in Silver Creek as well as a member of the Silver Creek Silver Lodge 757 and served on the Chautauqua County Fair Board for 38 years.

Wilson retired from Bethlehem Steel and was also a substitute bus driver for the Silver Creek Central School District for 50 years.

Alvin Wilson will be honored Friday, during the opening ceremonies.