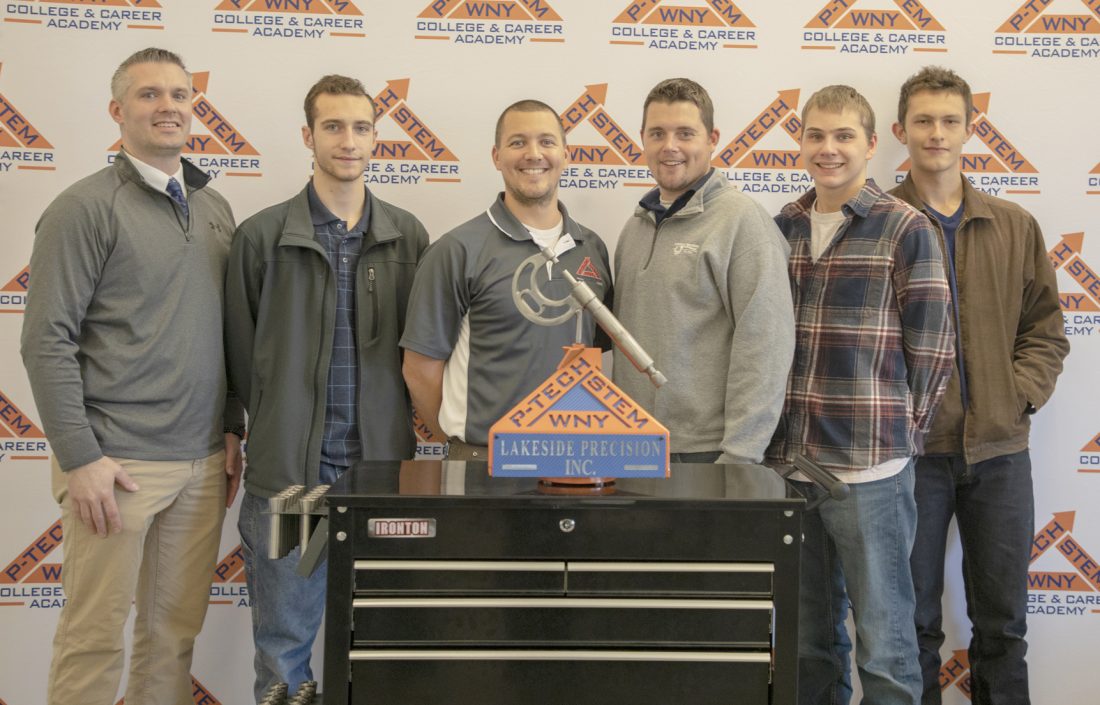 To acknowledge these partnerships with business, P-TECH names a Business Partner of the Year. During a recent ceremony, Lakeside Precision Inc. of Dunkirk was the recipient of this year’s award.

“This award and presentation absolutely blew me away,” said Chris Anson, Lakeside Precision Inc. “It’s a tangible representation of what this school is capable of and what it’s all about. From team building to collaboration between departments and teachers excited to bring it all together, it’s exciting to see.”

Students Garrett Sliwinski of Forestville, Gavin Swanson of Jamestown and David Gee of Dunkirk redesigned the award this year.

“We tried to incorporate as many tools here as we have,” said Nicholas Anson, CADD Instructor. “It starts with the P-TECH logo which we cut out using our new CNC Plasma Cutter. The micrometer on top was taken from Lakeside Precision’s logo, put into SolidWorks, and turned out on the lathe by David Gee … and Garrett came up with a circuit board and LEDs to make it light up and spin. The award weighs 32 pounds.”

When P-TECH began, Chris Anson served as a student mentor and even mentored the first P-TECH student who earned a job with Lakeside Precision, Jordan Butterfield of Lake Shore Central School.

“Since then, we’ve been in for the ride. We’ve been here for the first cohort, three of us at Lakeside mentored students at that point, one of which ended up working for Lakeside for a stint and is now on an engineering internship,” Anson said. “He was exactly the caliber of student that this school is capable of putting out and it’s impressive.”

Allen Industrial Sales was the recipient of the first-ever award last year. P-TECH Principal William Smock noted the importance of recognizing businesses that devote resources to P-TECH and its mission.

“Mr. Anson has been a part of P-TECH since it was just a concept. He and some other employees from Lakeside were some of the first professionals to step forward and help in building the program from the manufacturing world,” Smock said. “Through the year, Mr. Anson has volunteered his time toward curriculum development, mentoring and Junior Achievement.”

P-TECH is an all-day program housed in a state-of-the-art facility located at 55 East Benton St., Dunkirk. Students enrolled in P-TECH follow one of two pathways in welding and mechanical technology with specializations in CADD or machine tool and earn an associate degree through Jamestown Community College with no out-of-pocket expense. Scholar athletes can participate in after-school clubs and sports for their home district and they can join the P-TECH National Honor Society or Dream It Do It Club. Participating school districts provide transportation to the program daily.

Interested eighth-grade students can speak to their counselor to receive an application packet or contact P-TECH Academy directly by calling 716-672-3251, ext. 2801. There are still slots available for freshmen in the fall of 2020. A second P-TECH, which focuses on electrical and computer science through Alfred State, will enter its new facility this fall. For more information visit www.e2ccb.org. 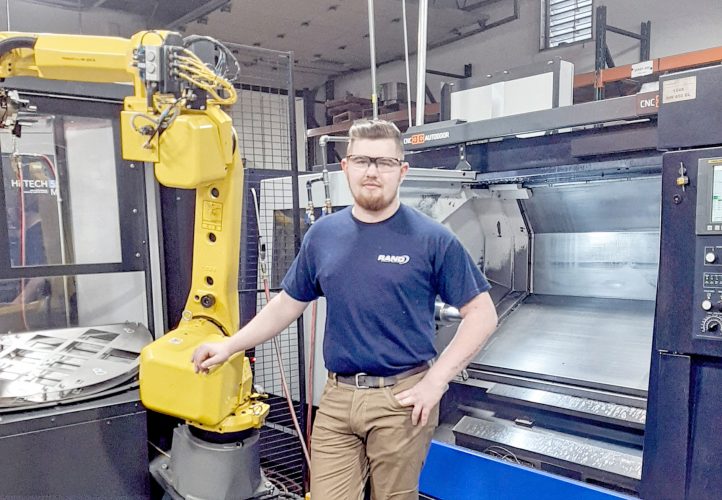