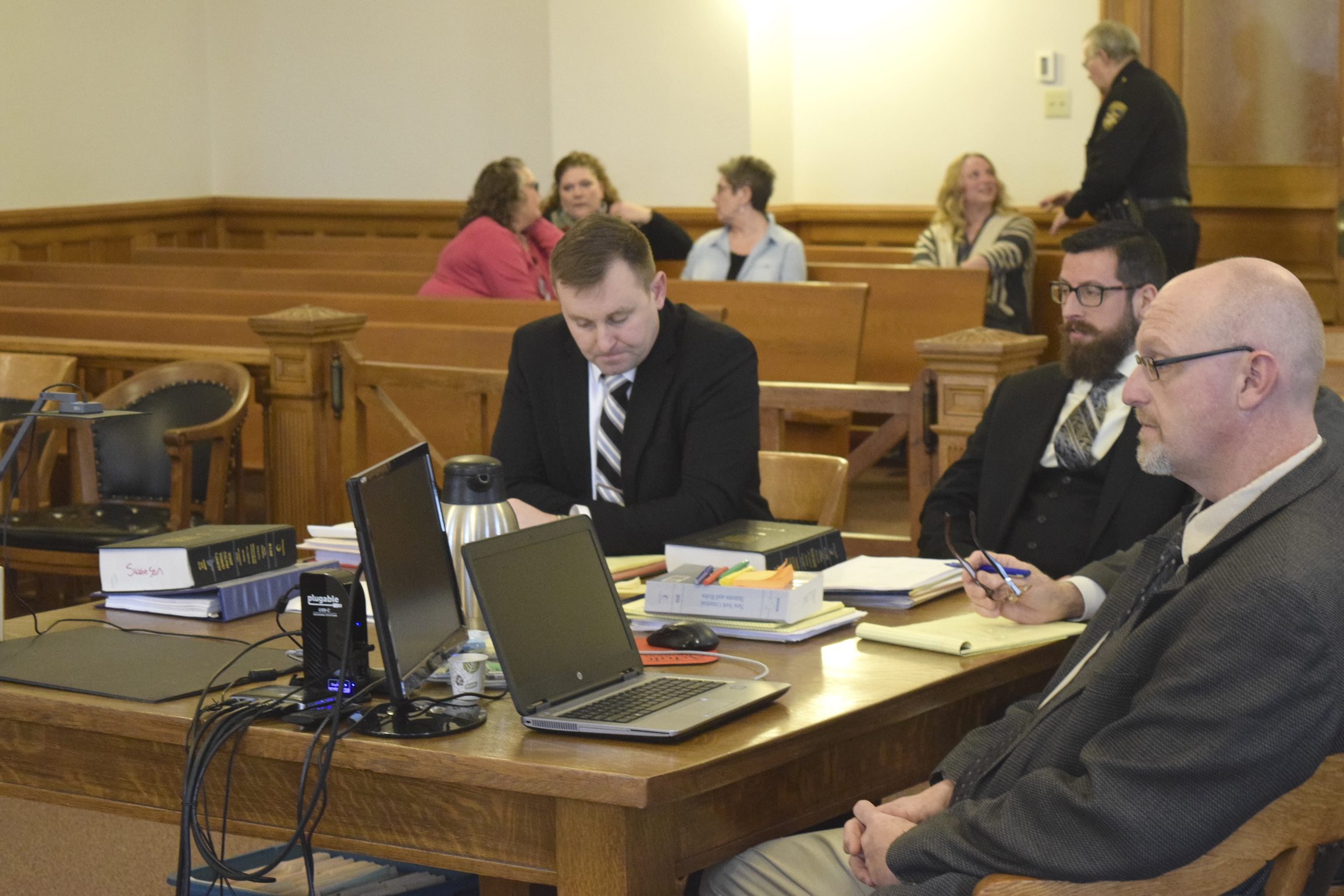 MAYVILLE — Members of the jury will get to hear closing arguments today in the Rebecca Ruiz’ murder trial after the defense rested its case with Ruiz taking the stand Wednesday.

Without Watts, the defense was down to Ruiz’s statements as to what happened before she pulled the trigger. Watts would have been the witness that said Julian Duman, the man who was shot and killed, was joking, pretending to be Walter “Waldo” Duprey at the time of the shooting.

Watts was also expected to provided clarity as to where the gun went and also the alleged violent relationship between Duprey and Ruiz. 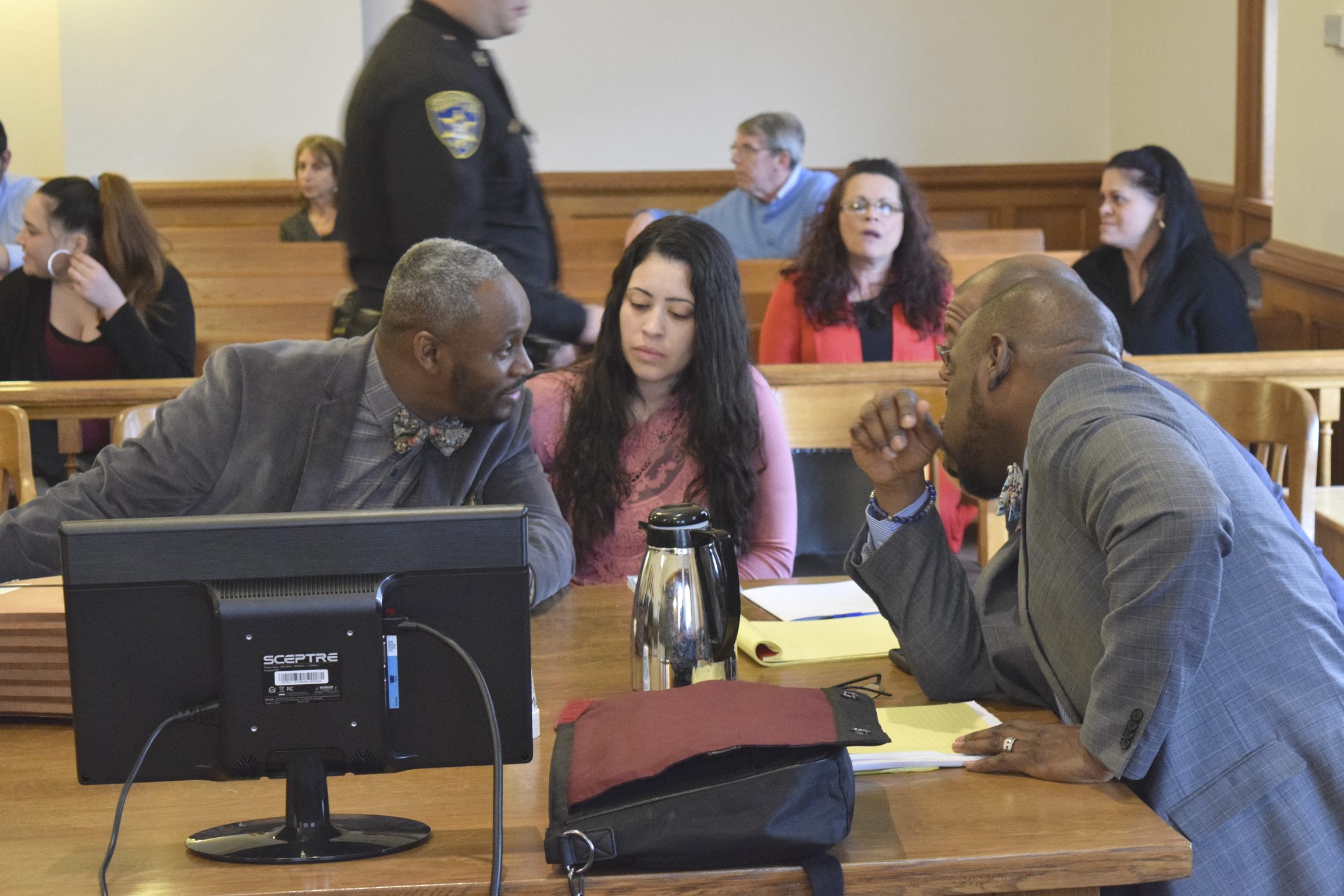 The defense’s first witness was Chautauqua County Sheriff’s Investigator Christy Lyon. She explained that the shooter was at an 83-degree angle from the door while shooting and shot downward at an 88-degree angle. In layman’s terms, Ruiz was a touch left of the door and aimed ever so slightly down.

Pendergrass, while questioning Lyon, was confused by the angles and thought that the bullet entered the door at an 83-degree angle and then left the door at an 88-degree angle — meaning the projectile changed directions. After multiple questions and explanations, Pendergrass understood that the bullet went through flush and didn’t change angles as he assumed from the report.

The defense also wanted to play a phone call from March 5, 2017, where Ruiz called to have an unwanted person removed from her house at 141 Lake Shore Drive East, Dunkirk. Judge Foley declined the request due to the hearsay factor that Duprey, the alleged unwanted man, was not stated by name.

The defense called Dunkirk Police Detective Scott Korzenski to the stand. He provided insight that SWAT was called to Ruiz’s old address for a malice situation. That is all he knew about that incident. He did go on scene to the 911 call on March 5 that was prevented from being played which found Duprey in the front yard. Duprey was asked to leave, and no arrest was made. Ruiz did not request charges, as she later testified, because she was afraid she would enrage Duprey.

The defense, knowing that Watts could not take the stand, made the formal request for Watts. The judge told the jury that he could not and that his inability to take the stand should not influence their opinion. With only one person remaining to call to the stand who was at the scene of the shooting, Pendergrass had Ruiz take the stand.

RUIZ ON THE STAND

Pendergrass asked basic questions to get an understanding of Ruiz’s background. She is a 29-year-old mother of four, who is married to Duprey. Her children, who are ages 13, 8, 6 and 4, lived with her. The 6-year-old is the only one of the four that was Duprey’s child. She had no children with Duman.

When Duprey went to jail in July 2016 and before he got out in late February 2017, she began a relationship with Duman. Duman moved in with Ruiz in December 2016 and Ruiz told Duprey — to minimize anger before he got out of jail — that she moved on and was dating Duman in January 2018.

That led to the March 5 incident. While Duman was away, Ruiz heard a bang on the door. Duprey entered the home by kicking the door, Ruiz said, and she called 911 and went upstairs. Ruiz claims that Duprey physically beat her in the upstairs bedroom until her 13-year-old told Duprey to stop, which he did. Shortly afterward, police arrived and Duprey was outside.

Pendergrass then requested to play the March 5 call to 911. The call matched the story with noticeably loud knocking on the door and then Ruiz saying, “Oh God, what do I do?”

When Duman came home, Duprey returned, Ruiz said, and Duman pulled out a gun. Due to hearsay, Ruiz was unable to comment as to what else was said.

Pendergrass asked Ruiz to talk about other incidents. Ruiz spoke about the July 4 incident that Pendergrass stated in his opening statement. Ruiz heard gunshots behind her as she watched fireworks with her kids at the end of South Roberts Road. She saw a sweaty Duman, who said that he was in a gun battle with Duprey.

This was not proven by the police that took the stand for the prosecution’s case. Ruiz said she was informed that Duprey was taking cover behind a car as he shot. Ruiz stated that the tension only grew from then, leading up to the shooting on July 6.

The day of the shooting, Ruiz went to work. When she returned, she stopped by her mom’s house, picked up her kids and went home. Duman came home at a later time. He approached her on the couch. Duman attempted to give Ruiz a gun while two of her children were on the couch and the other two were in the room.

Duman told her to not let anyone in and he put his hood up from his sweater and tied the hood. Ruiz said she didn’t want the gun. Duman told her how to use it and took it with him as he proceeded to the kitchen.

Near 10 p.m., Ruiz admitted she was tired when she heard a loud knock. She went over to the kitchen, where the door was being hit, and heard, “It’s Spoons, (expletive)” and she was asked to open the door. “Spoons” is another nickname for Duprey, who also dons the name “Waldo.”

After hearing the knocking and fearing that the door would break down again, Ruiz said she looked for a weapon — like a hammer — in the kitchen drawers.

She yelled, “Get away from my door.”

After the knocks continued, Ruiz found a gun. Ruiz requested Duprey to get away from the door. With the supposed “Spoons” consistently banging on the door, “I just fired a shot through the door.”

Ruiz heard Watts say, “You shot, bruh.” Bruh, shorthand for brother, was Duman. Ruiz dropped the gun on the ground and then called 911.

Pendergrass replayed the 911 phone call from July 6 by Ruiz and let Ruiz restate what happened until she was arrested. Ultimately, Ruiz pressed against Duman’s chest and turned him to his side so he didn’t choke on his own blood. Ruiz said that Watts emptied Duman’s pockets which were full of drugs, a small gun and money. Ruiz then told him to take it, which the prosecution believes Ruiz actually meant to be the gun.

When District Attorney Patrick Swanson took the podium for questioning, he knew that Ruiz had an advantage. Ruiz sat through all the evidence. Ruiz listened to the entire case. Swanson made sure the jury knew that when he asked obvious, short questions.

Then Swanson took an unorthodox approach asking if Ruiz knew that Duprey filmed intercourse of them. Pendergrass requested an objection, however, the judge did not sustain it after a consultation. Swanson said that the tape of the recording was a reasoning behind a two- to three-day breakup, Ruiz said, between Duman and Ruiz.

Swanson, with this line of questioning, stated that Ruiz knows Duman’s voice and that they got into a fight. It is unknown when they had a temporary break up.

Swanson discovered small details of the shooting via questions like Ruiz shot the gun with two hands and she only pulled the trigger once.

Swanson asked, why not fire a warning shot? Ruiz said, “That was my warning shot.” Ruiz added that her intentions were not to kill, but to scare the person on the other side, though she shot in the near center of the door.

The DA questioned where the gun was, however, Ruiz argued she wasn’t thinking of the gun; she was worried about Duman.

Pendergrass asked a few more questions to follow Swanson about the voice. Ruiz believed it was Watts who said, “It’s Spoons, (expletive),” because how deep the voice is. Duman, Ruiz said, had a higher pitched voice than Duprey, while Watts’ was deeper.

The defense rested its case at the end of Wednesday’s trial. The trial will start again today at 9:30 a.m. with a charge conference. At 1 p.m., the attorneys will make their concluding statements and let the jury deliberate.

Follow the OBSERVER on Twitter with the handle @TheObserverNY and @ByKuczkowski to hear up to the minute updates on the trial as well as our website, observertoday.com, for breaking news on the jury’s decision. 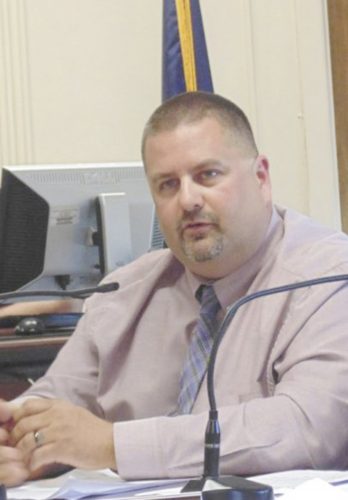