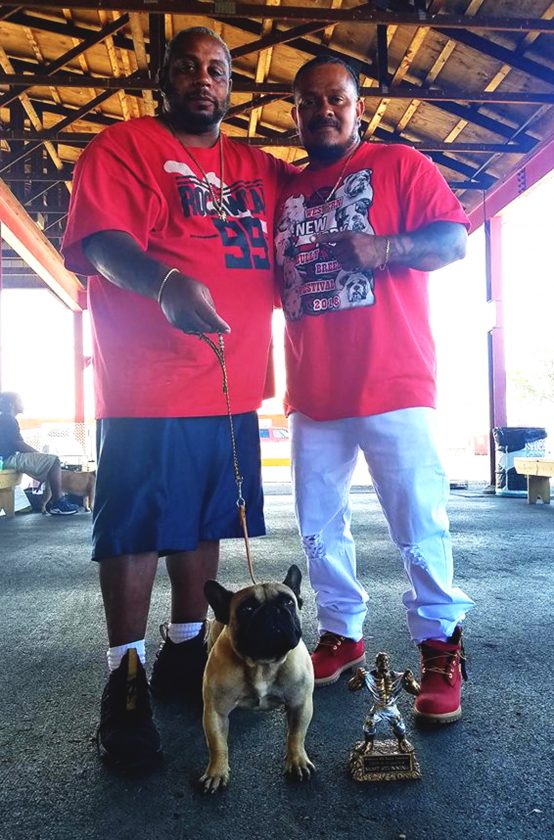 Submitted Photo Alberto Lizcano, right, is pictured with a contestant from North Carolina with his French bulldog.

Dunkirk will be seeing more bulldogs this weekend as the American Bully Kennel Club (ABKC) will host its second annual dog show at the Chautauqua County Fairgrounds once more.

The show features the array of bulldog breeds including American, French and English Bulldogs just to name a few.

Alberto Lizcano, representative of the ABKC in Western New York spoke with the OBSERVER about the importance of the show, the group and what they hope to share with the public today.

“I was introduced to the American Bulldog breed through a family member who was a breeder, I just wanted a pet in the beginning, I wasn’t planning on getting this deep into it.” Lizcano laughingly shared. “I started attending shows in places like Allentown. I started going out about 3-4 times a year and built my dog up to become a champion.”

He began bugging the ABKC Vice President James Cooper to do a show here in Western New York; his reason was because he started noticing people having these dogs and not being knowledgeable on the breed. 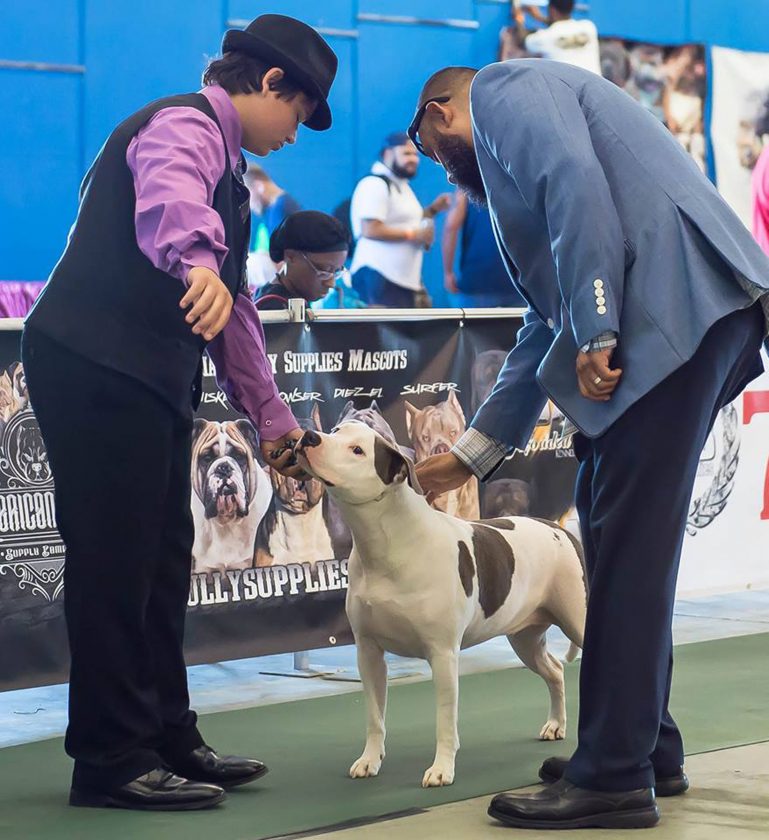 “For me it’s more about educating the public,” Lizcano explained. “I’m trying to get people to know the difference between the breeds of a Pitbull and an American Bulldog, because a lot of people think they have an American Bully, but they don’t have papers and I try to tell them, the papers are so important because it defines who they (the dogs) are. You can tell with these papers that the breeding is straight (not incestualized) and that they (ABKC) protect their breed. This is where a lot of people don’t understand that they’re breeding Pitbulls and other muscular strong dogs with anything and they’re creating vicious dogs and then they’re asking ‘oh, why is my dog turning on me?’, because you don’t know what you’re doing and if you breed a brother and a sister, even from separate litters, you’re more likely to get vicious dogs and other problems. People don’t understand that.”

He then told a heartbreaking story of a friend who had a dog that he adored, but had to put down because it became vicious towards his family. He had bought it from a guy who just had some puppies and no lineage to show.

“I told him ‘you don’t know what was going through his blood, who he was bred to,'” Lizcano stated. “To me it’s not about selling a pup, it’s about spreading a clean breed.”

The first show, held in August of 2018, was a complete success. People traveled from all over to participate in the show and then were able to enjoy the city.

The ABKC Western NY Bully Showdown 1 will be held today with doors opening at 9 a.m. There will be four-sanctioned events with professional judges from the ABKC, as well as food, vendors and children’s activities. Cost is $20 per person, kids 12 and under are free.

Submitted Photo Alberto Lizcano, right, is pictured with a contestant from North Carolina with his French bulldog.