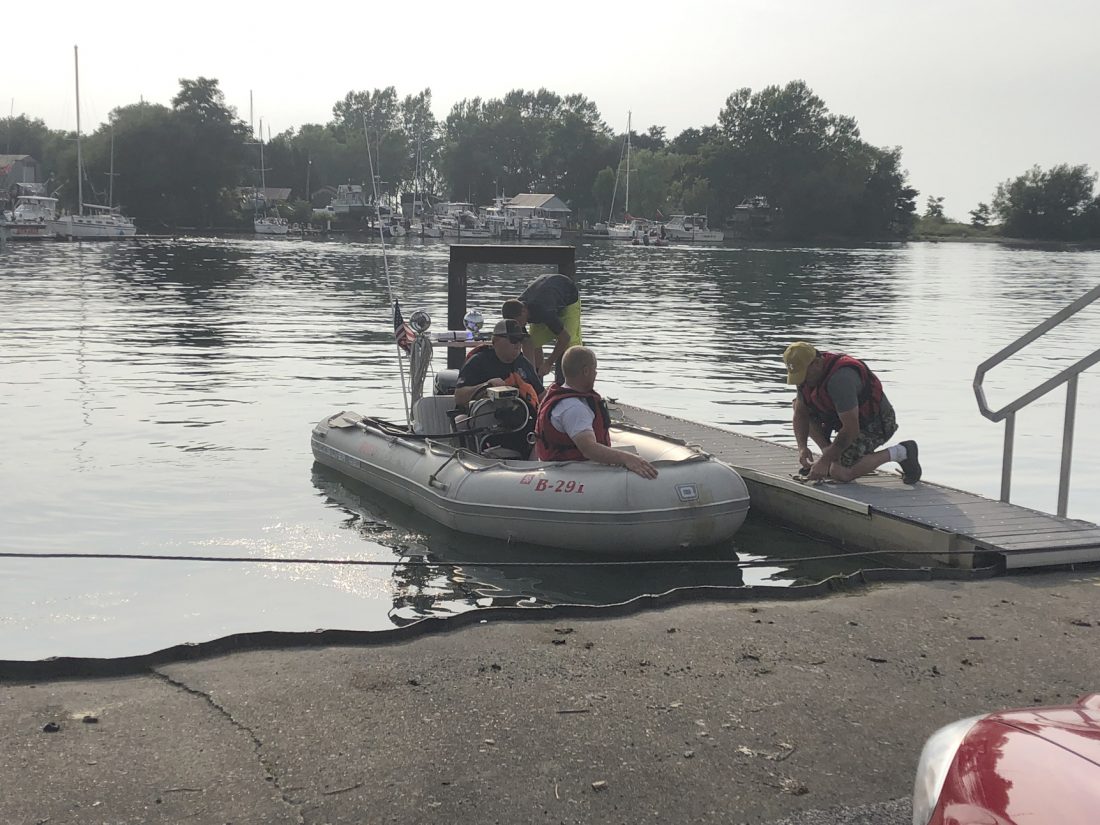 OBSERVER Photo by Gregory Bacon Rescue workers helped search for a man in his early 20s Friday night in Barcelona harbor. A body was pulled from the harbor around 6:30 p.m.

WESTFIELD — A Jamestown man lost his life while swimming in Barcelona Harbor.

According to the Chautauqua County Sheriff’s Office, on Friday around 4:25 p.m., deputies and the Westfield Police Department responded to the report of a possible drowning at Barcelona Harbor in the town of Westfield.

A search was conducted for the male subject by the Chautauqua County Water Emergency Team. The male subject was located in the water around two hours later and identified as John R. Penhollow, 24, of Jamestown. Penhollow was confirmed deceased at the scene.

John Griffith, Chautauqua County’s Director of Emergency Services and the county fire coordinator, was on scene. He said three people were swimming in a restricted area between the two breakwalls. Penhollow’s companions called authorities after he went under water and didn’t come back up.

Griffith said there are strong undercurrents in that area, which is why the area is restricted from swimming.