Dayton has shortage of highway workers 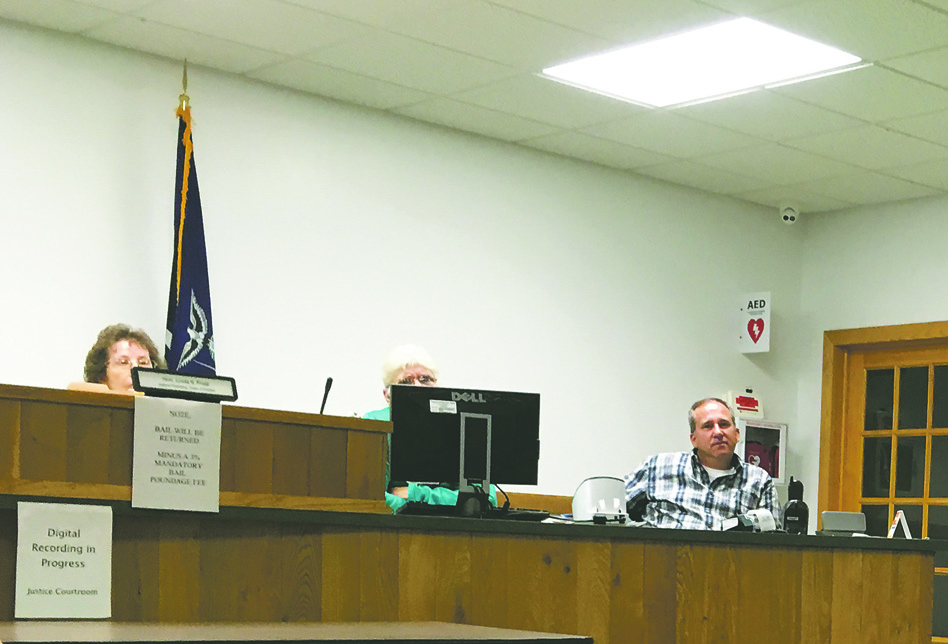 OBSERVER Photo by J.M. Lesinski Members of the Dayton Town Board, pictured, listen as Highway Superintendent Brian Taber speaks about a shortage of manpower in the highway department.

DAYTON — With winter too close for comfort, a shortage of manpower in the Dayton Highway Department raised cause for concern at the latest town board meeting Wednesday.

Highway Superintendent Brian Taber spoke on the matter during his regular comments to the board. “With the latest resignation, this leaves the highway department down to two people,” he began. “We haven’t been able to fill the last open position…We received two promising applications, one didn’t have a CDL, the other found out the pay rate and was no longer interested.”

Taber’s main concern appeared to be the rigorous training that comes with the job in such a tight time-frame. “Winter is right around the corner and we can’t expect new employees how to plow roads overnight,” he continued. “There is a lot of training required to plow roads.”

The good news, according to Taber, is that applications are still coming in. “Had numerous amounts of applications come across my desk in the past couple weeks, the problem is the rate of pay,” he stated. “Had a couple young guys who hopefully will be interested, but they’re going to need a lot of training.”

When asked by the board how early the two applicants could begin working, Taber replied, “I’m hoping one will start next week. The other is very hesitant on the pay, but they’re the best candidates I’ve got.”

When asked for clarity on what the starting rate for the town is, Taber replied, “$14.25, the county’s rate is $18.23…We’ve lost two to the county so far. We’re pretty much training them for the county.”

Following Taber’s comments, Supervisor Angie Mardino-Miller noted that the re-budgeting process was coming up and that raising the rate for workers could possibly be an option there moving forward.

The next meeting of the Dayton Town Board will be Wednesday, October 11 at 7 p.m.