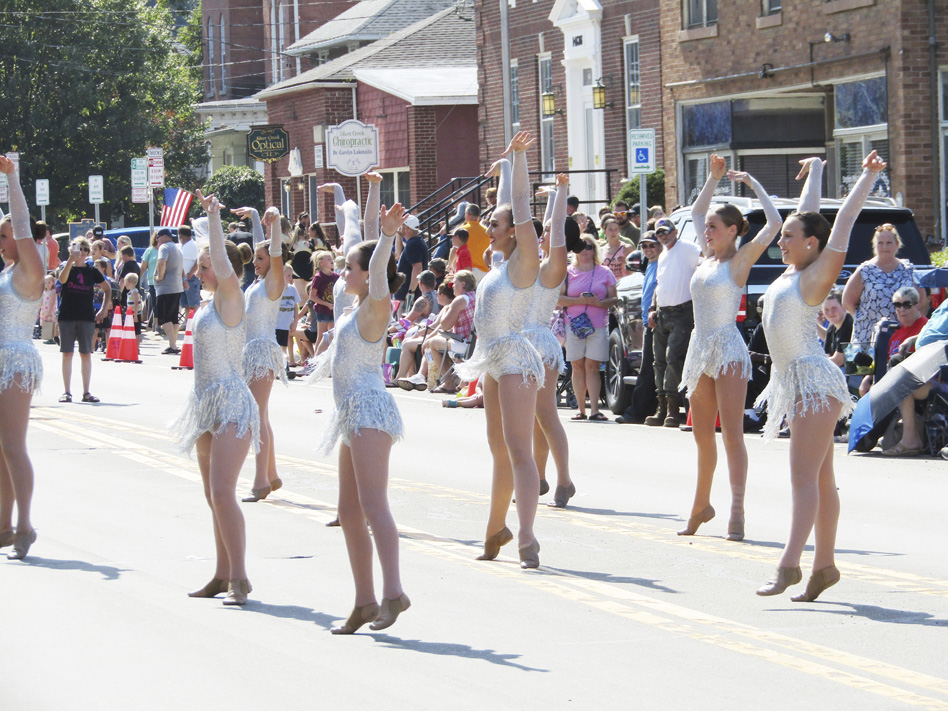 Photo by Greg Fox. Members of Danza! Performing Arts Academy of Fredonia dance during the Festival of Grapes parade in Silver Creek on Sunday.

Photo by Greg Fox. Members of Danza! Performing Arts Academy of Fredonia dance during the Festival of Grapes parade in Silver Creek on Sunday.

Photo by Greg Fox. The bagpipers of the Erie County Sheriff’s Department perform.

Photo by Greg Fox. The first place float by Eden VFW Post No. 8265.

SILVER CREEK — Another Festival of Grapes celebration is in the books now, and this year’s edition featured some of the best weather ever seen for the Silver Creek staple.

Sunday’s parade concluded the 52nd annual event, with musical performances, dance troupes, fire trucks and community organizations marching down Main Street toward Central Avenue. Thousands of people cheered the parade participants on for over an hour.

Dick and Kathy Dolce of Silver Creek have attended the Festival of Grapes every year for the past 50 years. Kathy noted they always look forward to it.

“The kids and grandkids come in from Dunkirk too,” she added. “We never miss it. We were happy to see the beautiful new fountain in the park, as well. It truly is the centerpiece of our village.”

Friday featured a formal dedication of the fountain, alongside the traditional grape stomping competition. Silver Creek Mayor Jeffrey Hornburg said he was pleased with this year’s attendance. 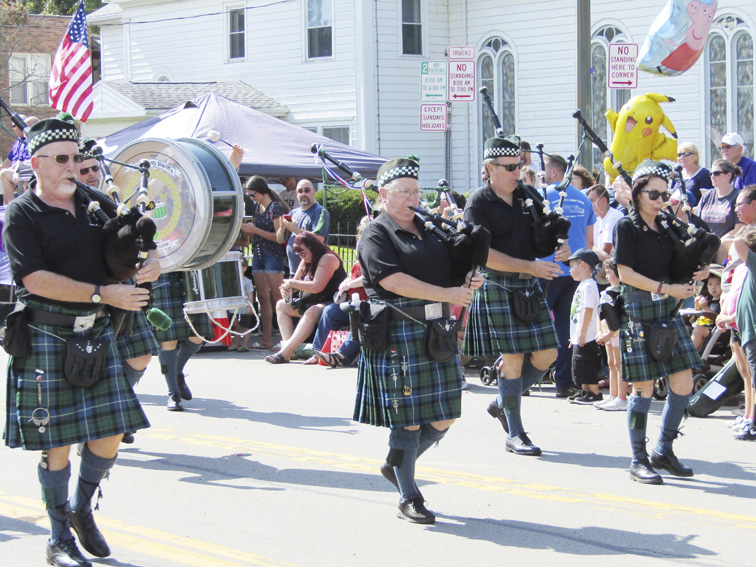 Photo by Greg Fox. The bagpipers of the Erie County Sheriff’s Department perform.

“I think the village supports the festival as much as we possibly can,” he remarked. “I was happy the festival allowed the village to rededicate our fountain because we spent a number of months rebuilding that and I think that came out great. I appreciate everything the festival did to allow us to share their time in the spotlight.”

“This was the most difficult decision the float committee has ever had to make for the top awards,” festival committee member Lisa Romano pointed out. “A lot of heart and soul went into these floats, which were decorated by community organizations that are heavily involved in the community. There were some really creative and talented decorators out there.”

Romano mentioned she has heard a lot of positive feedback from patrons this year. She thanked everyone who came down to the festival and supported the vendors. 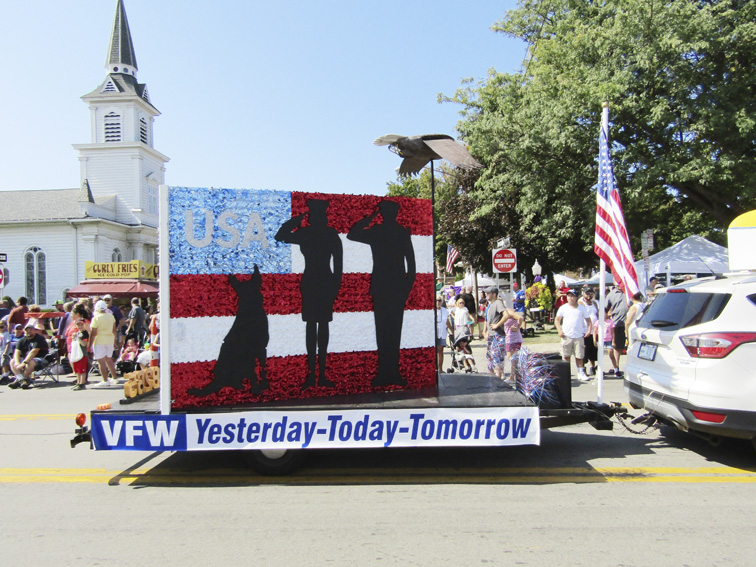 Photo by Greg Fox. The first place float by Eden VFW Post No. 8265.

Next year’s Festival of Grapes is slated for Sept. 18-20. Planning for 2020 will begin in the near future, after organizers take a short, well-deserved break.

The festival board is full, but anyone interested in volunteering can call Romano at 785-8033.