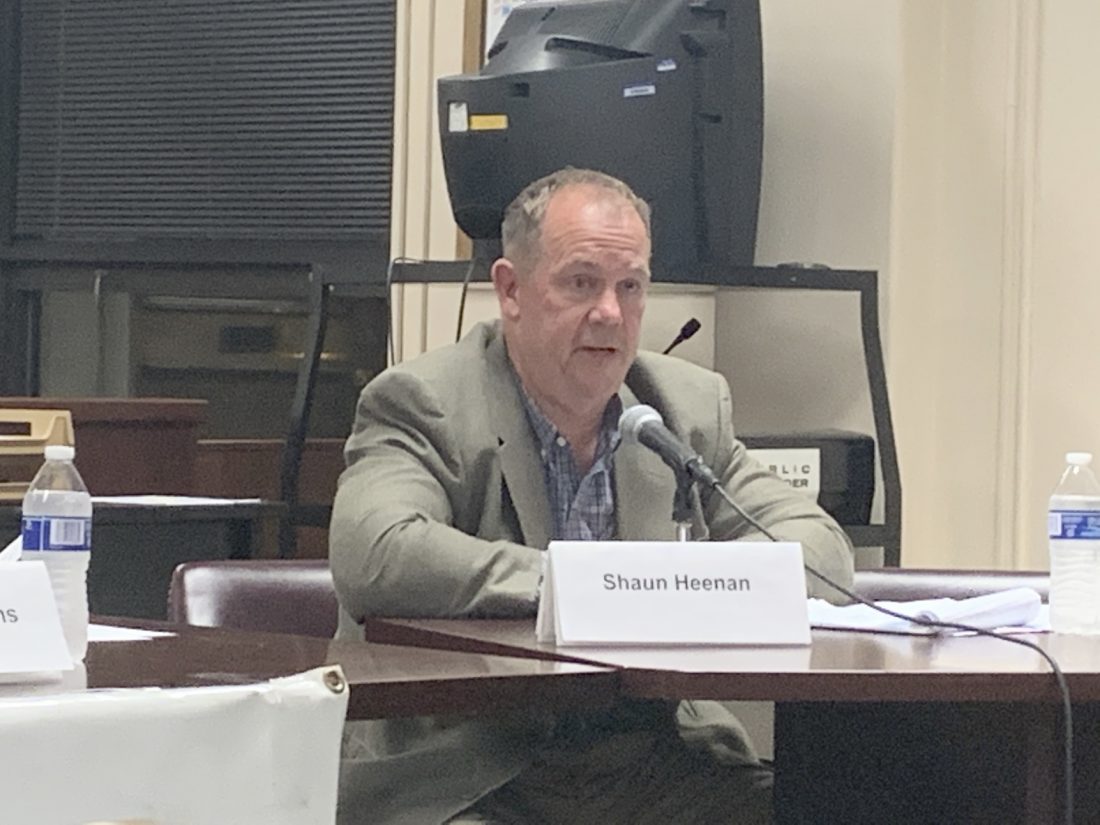 When asked about Heenan’s campaign slogan of “protecting our future” Heenan stated that he’s making a reference to a perceived fiscal crisis that may be pending in the future with the loss of the NRG Transitional aid.

“Just this past year we’ve purchased a $170,000 Stearns Building that needs an estimated $150,000 of work done to it,” Heenan began. “We purchased a weed harvester in partnership with a private entity that we bought for $40,000 and we haven’t used it once this year.”

“Every year we have an official audit and we’ve been functioning in the black by over a million dollars,” Rosas responded. “We have actually been in the black the first two years. We’ve used some of the funds that we have saved to purchase equipment; we still have a city to run. People want services so we’re going to provide them with such.”

One such piece of equipment Rosas cited as a necessary purchase is a new ambulance. 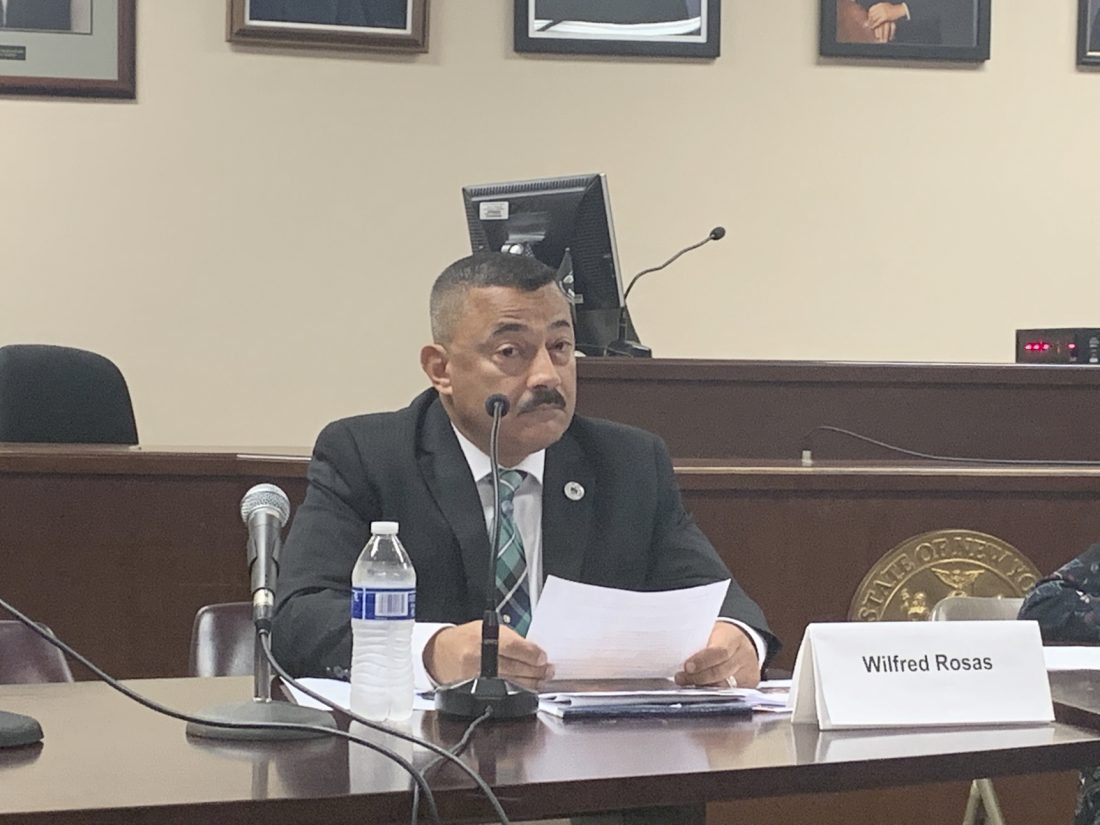 Another question posed was the ethical nature of hiring and directly supervising family members.

“I do not supervise him, however as mayor, I do supervise all staff members in the city and I take that very seriously,” Rosas added. “So there may be times that I may be directing him to do certain duties.”

Ways to help fill out the dwindling Central Avenue business district was also a hot issue as was public transportation.

Heenan commented that restructuring some larger buildings into incubators is a better answer to the Central Avenue issue. He stated that “smaller areas of 300 square feet would be more affordable and entice smaller business startups to come into the city as it’s harder for businesses to afford large retail space when they may not bring in enough revenue.”

As for transportation, Rosas mentioned that he would like to work with the county executive and push forth a proposal to the state to see if a public transportation system can be brought here in the north county.

A boon in Rosas’ favor came at the end of the debate when Athenex came up.

According to Rosas, the Athenex project went before the New York State Assembly and it didn’t go through the first time.

“In regards to that, I connected with our assemblyman, and I went out down state. I took literature material, sent emails and made phone calls, connected with some of the people that I knew and eventually it passed,” Rosas said. “I was told by our assemblyman that it was my efforts that helped to get the Athenex project to pass through the New York State Assembly.”

Concluding, Rosas stated that “fiscal responsibility is what this administration has been about the past four years. We have been a million dollars in the black. We’ve used that to pay old debts so we don’t continue to pay interest on the old debt from decades ago. I’m prepared to continue my commitment to the city, I’m committed to continue on my path to economic development and progress for the future of this city. Through sound fiscal management the city’s fund balance increased by $1.4 million dollars, the first two years of my term with all three funds now in the black.”

Heenan added in his conclusion that “Since Mayor Rosas has taken office the clerk’s office budget has gone up 38%, law department has increase by 108%, the personnel department by 95%, the development department 66%. These four departments alone account for $325,000 annually compared to when the mayor took office. Meanwhile there have been cuts in the police and fire departments, that in my opinion are essential services. We’re on the path to losing $1.6 million approximately in revenue from the NRG transitional aid. This administration is spending like the revenue is going to last forever. The city needs fiscal discipline.”

Early voting begins at noon on Saturday, Oct. 26 with regular voting on Nov. 5.