Over budget, Fredonia construction moving along 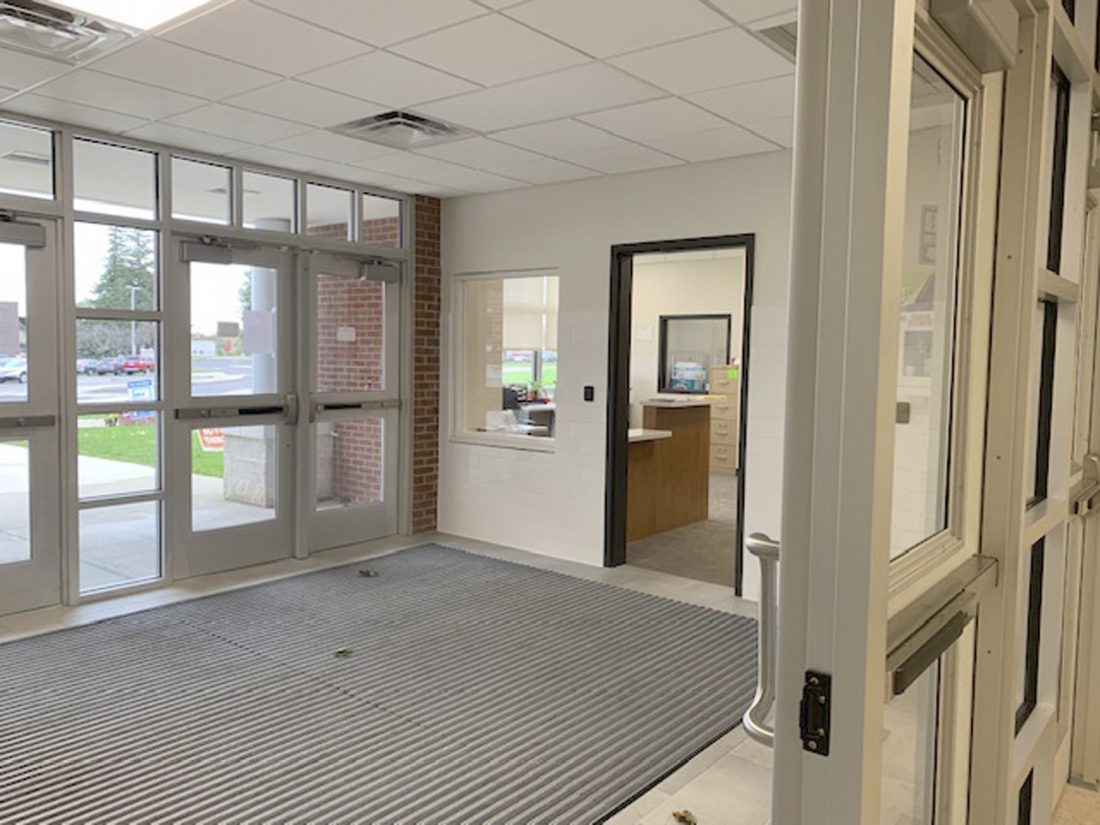 The Fredonia Central School District is doing significant renovations to streamline, update and beautify the campus. However, Board of Education members had to approve tens of thousands of dollars in change orders and that displeased them.

“There were omissions and errors to the point they just didn’t do their work,” board member Tom Hawk said of the project’s architects.

“Some things got lost in translation,” Superintendent Jeffrey Sortisio said.

The board approved six change orders at this month’s board meeting. The largest was a $24,771 outlay “reflecting the labor, equipment and material for modifications to Main Building secure entrances,” as the board agenda put it. “There was a similar contract hike of $15,445 for the new high school entrance.

Board President Brian Aldrich wanted to table the change orders until project designers could come in and explain themselves, but Sortisio talked him out of it, saying contractors won’t get paid until the change orders get approved. “You’re punishing the wrong crew here. The money here is owed to the people who did the work,” the superintendent said.

“I don’t want to see a contractor not get paid — I’m in that business, I know all about that,” said board member Tom Hawk. “Pay the contractors and let’s set up a meeting.”

A LOOK AT THE PROJECT

“We have a great project. I don’t want anyone to think otherwise,” Sortisio said. “Getting there was more difficult than it should have been. “

The new high school entrance is complete, as are new parking lots and driveways on the campus, but there’s much more going on than that. Sortisio provided the Board of Education with a rundown of the renovations. They include:

¯ A middle school “service suite” for the guidance counselor, psychologist and social services workers. “That is nearly finished. I expect that we’ll be able to occupy those offices in about 10 days or so and it’s very exciting for all of them,” Sortisio said, “I’m very happy that there will actually be an area for our students to wait to see a counselor or psychologist, rather than standing in the hallway as they have in the past.”

¯ A similar suite for the high school guidance personnel, which should be complete by the end of October.

¯ A new carpet in the library. “I want to thank our maintenance crew and our librarian and assistant librarian for all their work,” Sortisio said. “The carpet looks really sharp.”

¯ New conference rooms for elementary and middle school teachers, which “are seven to 10 days away from being operational,” Sortisio said.

¯ A new electronic sign outside the school. “We are down a sign now, but the work on the new electronic sign is also going to start next week,” said the superintendent. “They gave me what I think is an aggressive timeline, that it could be done within a week or so, but I think it’s probably going to be 10-12 days. Part of the delay there was the original brick that we looked at — we couldn’t find it. So we made a slight change and it’s going to look just as nice. We’ll have an up-to-date, modern sign in a very short period of time.”

Sortisio emphasized that it will all be worth it, but still lamented the delays and roadblocks of the construction process.

“The point of frustration for me is this project was really primarily about safety and security,” he said. “The interior doorways at our elementary and middle schools are still a few weeks away. There was a delay in getting materials. Once the materials arrived, the installer was backed up on another job.

“We’ve gone so far as to try and find another installer. Unfortunately, if we get another installer, they’re gonna have to get (their own) materials and we’ll be even further down the road.”