One airlifted after crash between plow, semi 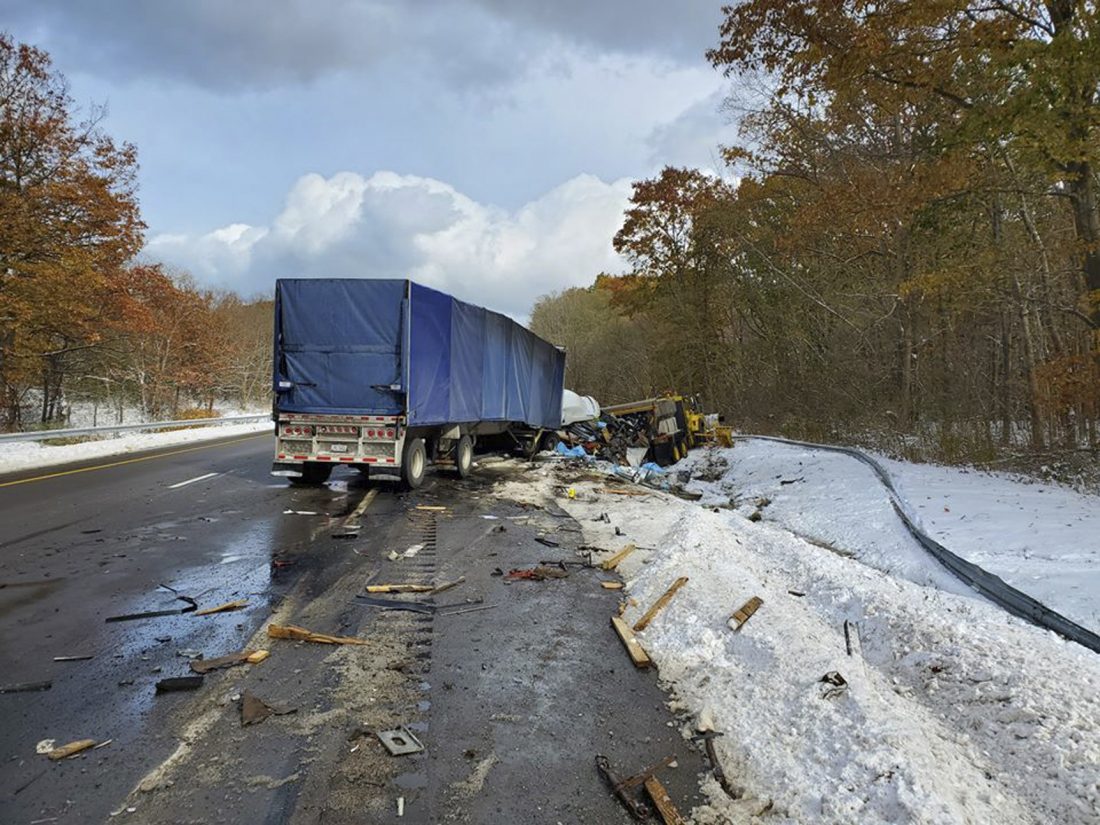 Photo by the state Thruway Authority A tractor-trailer and a state Department of Transportation plow truck are pictured Tuesday following a crash on Interstate 90 in the town of Portland. One person was airlifted to an Erie, Pa., hospital for treatment of undisclosed injuries.

PORTLAND — A crash between a New York State Department of Transportation plow truck and tractor-trailer briefly forced the closure of the eastbound lane of Interstate 90.

Firefighters and the New York State Police were called Tuesday to the interstate, between the Dunkirk and Westfield exits in the town of Portland, around 12:30 p.m.

The driver of the DOT truck, which the state Thruway Authority said was performing “snow and ice operations,” was reportedly uninjured in the collision, though two passengers received medical attention.

The driver of the semi was extricated from the cab about an hour after the crash. A helicopter was called to the scene, and the driver was airlifted to UPMC Hamot in Erie, Pa., for treatment of undisclosed injuries.

The eastbound lane was briefly closed to traffic at the Westfield exit to allow the helicopter to land.

The cause of the crash wasn’t reported Tuesday. Both vehicles sustained significant damage.

On its Facebook page, the Thruway Authority posted a photograph of the semi and snow plow involved.

“Remember to be alert when you see plows on the Thruway,” the authority said in its post. “These trucks travel slower than the speed limit. Slow down and use caution around them.”

Firefighters from Westfield, Fredonia and Ripley responded to the accident. Hamzat crews had been summoned due to a diesel fuel spill but were later canceled.