Cockaigne seeks to re-open in January 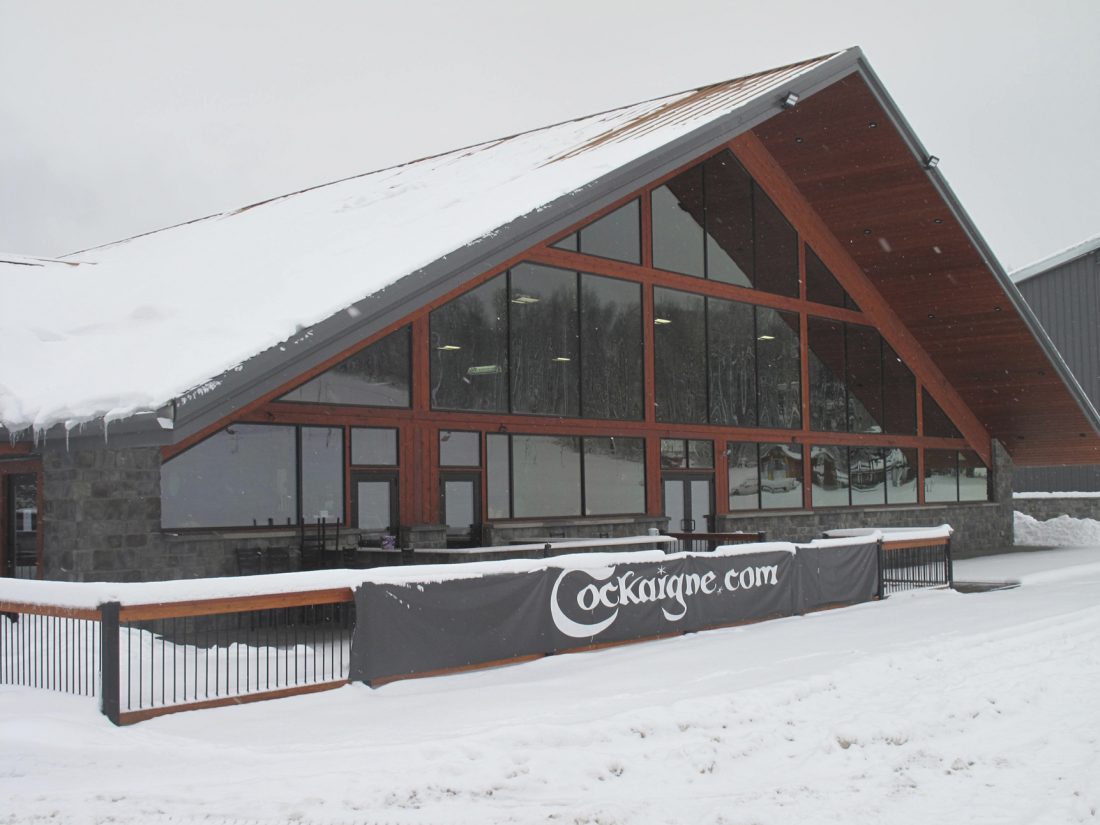 Photo by Dennis Phillips The new renovated ski lifts at Cockaigne Resort, located at 1493 Thornton Road, Cherry Creek. The resort will open in January for the first time since the 2011 fire that destroyed the Austrian pavilion lodge.

CHERRY CREEK — No date has been set yet, but Cockaigne Resort will open for skiing once again in the new year.

Jason Spain, Cockaigne general manager, said despite the long history of Cockaigne, which opened in 1966, state officials are classifying the resort as a new installation because skiing will once again happen on the Cherry Creek hills for the first time since 2011.

Cockaigne Resort will be open for skiing for the first time since the fire that destroyed the Austrian pavilion lodge on Jan. 24, 2011. Spain said Cockaigne has to go through the state requirement process like a new facility. He said Cockaigne officials have hired a consultant to help with the certification process, especially with the new renovated lift at the resort. He added that once the consultant approves of the upgrades, state officials will inspect Cockaigne to open the resort for ski season. Spain estimates that the inspection process should be completed by the first or second week of January.

“There has been a lot of extra steps because we are starting again,” he said.

Once skiing is allowed at Cockaigne again, Nick Teresko, skiing/snowboard director, said there will be a “big celebration” to welcome everybody back to the resort, located at 1493 Thornton Road, Cherry Creek.

“We’re going to provide a lot of opportunity for outdoor recreation,” he said.

Also happening at the resort, Teresko said there will be a New Year’s Eve party and a beach party that will take place in February. He said there will be ski instructors for beginners. He added that the Erie Ski Club provided $4,100 to the resort to purchase equipment for the ski patrol.

Cassadaga Valley and Pine Valley schools will also be participating in a ski club this winter, Teresko said.

“Cockaigne is a solid community asset and everyone wants to see us succeed,” he said.

Along with the renovated ski lift, there is a new ski lodge that features The Base Pub, which includes a patio, for visitors to enjoy food and drinks. The new lodge also includes a meeting and dining area called The Glen and a new pool, darts, foosball and arcade on the second floor titled The Loft. Upgrades to the resort also includes new lighting and snow making capabilities.

Cockaigne opened in the winter of 1966. Its original lodge was built as the Australian pavilion for the World’s Fair held in New York City in 1964 before it was brought to Cherry Creek.