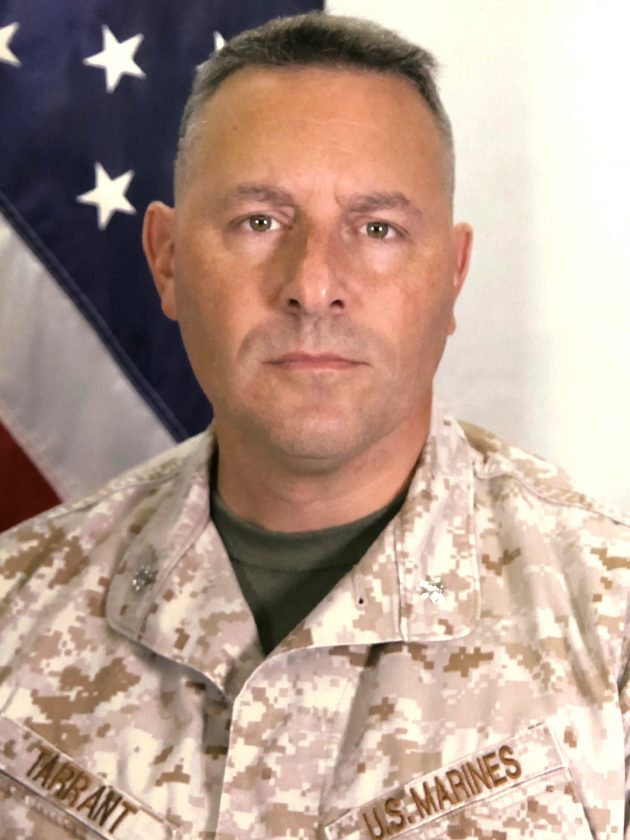 Lt. Col. Kyle Tarrant announced his retirement from the United States Marine Corps in a recent ceremony at the Pentagon. He was commissioned a 2nd Lieutenant on June 15, 1992 and officially retired Dec. 1.

Tarrant was born in Irving and graduated from Silver Creek Central High School in 1987. He enrolled at SUNY Fredonia and at graduation received his commission through Officer Candidate School.

As Headquarters Commandant with the 26th Marine Expeditionary Unit, he participated in Operation Silver Wake and Operation Guardian Retrieval. Shipboard assignments include tours on the USS Wasp and USS Nassau. Other assignments include, Intelligence Operations and Estimates Branch where he was the lead intelligence briefer to the Secretary of the Navy; Plans Policies and Operations Branch; Joint Special Operations Command (JSOC), Deputy Director of Intelligence for a Special Operations Task Force; Executive Officer to the Navy and Marine Corps Intelligence Training Center; Director and Operations Officer of the Marine for Life Program under the Wounded Warrior Regiment; Officer in Charge, Guantanamo Bay detainee operations supporting the Office of Military Commissions and the Periodic Review Secretariat; Liaison to the National Counter-Terrorism Center and principal interface to the Intelligence Community; DoD Case Officer. Tarrant has participated in Operation Enduring Freedom and Operation Iraqi Freedom and has served tours in the Nordics, Europe, Eastern Europe, Africa, the Middle East and Caribbean.

Tarrant is currently employed by Oracle Corporation in their National Security Group (NSG) where he supports the Navy, Marine Corps and Intelligence Community. He lives in Hamilton, Virginia with his wife, Jessica (Piede) from Fredonia and daughters, Peyton and Ashlyn.