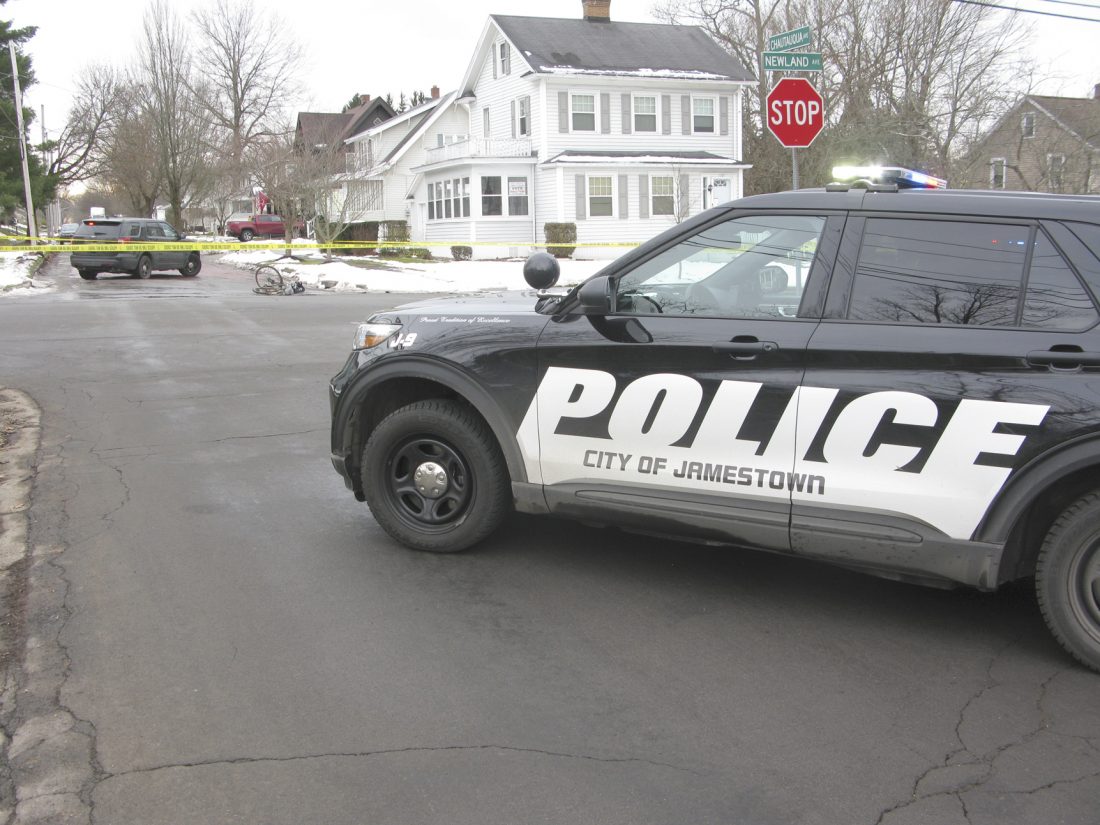 Photo by Eric Tichy Jamestown police are pictured Thursday afternoon at Newland and Chautauqua avenues. A man was killed after being struck by a van at the intersection.

JAMESTOWN — A man is in critical condition after being shot multiple times in a “targeted attack” late Saturday.

Investigators are still looking into the shooting, which was reported to officers around 10:40 p.m. in the area of Newland Avenue and Hazzard Street.

According to Capt. Robert Samuelson of the Jamestown Police Department, the man was inside a vehicle driving south on Hazzard Street when he was struck by multiple gunshots, believed to have been fired from another vehicle.

After the shooting, the victim’s car struck a parked vehicle. A loaded pistol was later located inside the victim’s vehicle by officers.

The unidentified man, who was found lying in the road, was taken to UPMC Chautauqua and underwent surgery. He was then reportedly transferred to an Erie, Pa., hospital for further treatment.

No further information on his condition was immediately available. More details were expected to be released by the Jamestown Police Department Sunday.

“We are still working this today and have been since last night,” Samuelson told The Post-Journal. “This was a targeted event and not a random act. (The) victim was shot multiple times and is in serious condition.”

Anyone with information on Saturday night’s shooting is asked to call the Jamestown Police Department at 483-7537, through the anonymous tip line at 483-8477 (TIPS) or via the Tips 411 cellphone app. All tips are kept confidential.