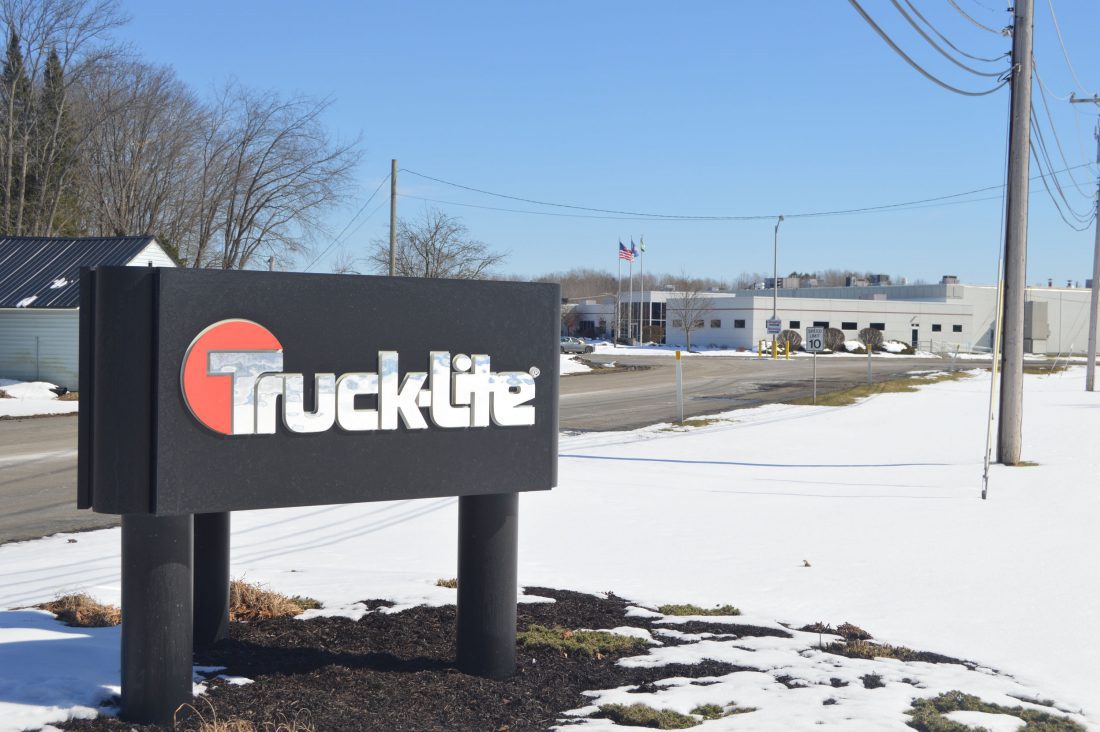 Truck-Lite in Falconer has announced it is planning on closing its Falconer plant by the end of the year.

Several elected officials say they have been reaching out to Truck-Lite following the company’s announcement last week it tentatively planned to cease production at its manufacturing facility in Falconer by the end of the year.

“We are not sure how many employees will be impacted by this plant closure, but it is something that cannot be taken lightly,” Wendel said in his Monday Morning Memo. “It is my hope that we can sit down with company officials soon to further discuss this closure and possibly reverse this decision.”

Added Reed on Monday: “We are working with state and county leaders to see what options remain for Truck-Lite to remain in Chautauqua County at this time. We care about those affected by these possible layoffs, and we will continue working with all our local businesses and organizations to give them a fair chance at long term success to keep our local economy vibrant.”

Truck-Lite, which manufactures safety lighting and wiring for commercial vehicles, had no comment regarding the response from local officials.

A Truck-Lite spokesperson said Thursday that the company planned to end production at its 310 E. Elmwood Ave. facility by the end of the year, though no date was announced.

The spokesperson would not say how many employees the closure would impact; office workers are expected to remain in Falconer.

“Truck-Lite has made the tentative decision to cease production at our Falconer manufacturing facility by the end of this year and relocate work to other Truck-Lite facilities,” the company said in a statement.

“Our tentative decision is consistent with other recent actions designed to meet customer demands and make Truck-Lite more cost competitive in the global marketplace. This is not a decision that we take lightly, and we are committed to treating the impacted employees fairly. This tentative decision has no impact on our other Falconer office-based employees. We intend to maintain a presence in the Falconer area.”

Falconer Mayor Jim Jaroszynski said last week he planned to reach out to local officials regarding the plant’s pending shut down. “This is a blow to the region if in fact it does close,” Jaroszynski said.

Truck-Lite was founded in Jamestown in 1955 by George D. Baldwin. In rented quarters in a house on Main Street, Baldwin began manufacturing and marketing an all-plastic, hermetically sealed, disposable lamp unit which he invented for use as marker lights on trucks and tractors.

The company was incorporated in 1956 and grew over the years, breaking ground at its East Elmwood Avenue facility in October 1966.

The business celebrated its 50th anniversary in June 2005.

By mid-year, the local plant will end production of mirrors. Though its Falconer plant is the largest for Truck-Lite in the U.S. at 170,000 square feet, the location also reportedly has the lowest output in terms of product manufactured.

In March 2019, Truck-Lite announced it was moving its headquarters from Falconer to Southfield, Mich.