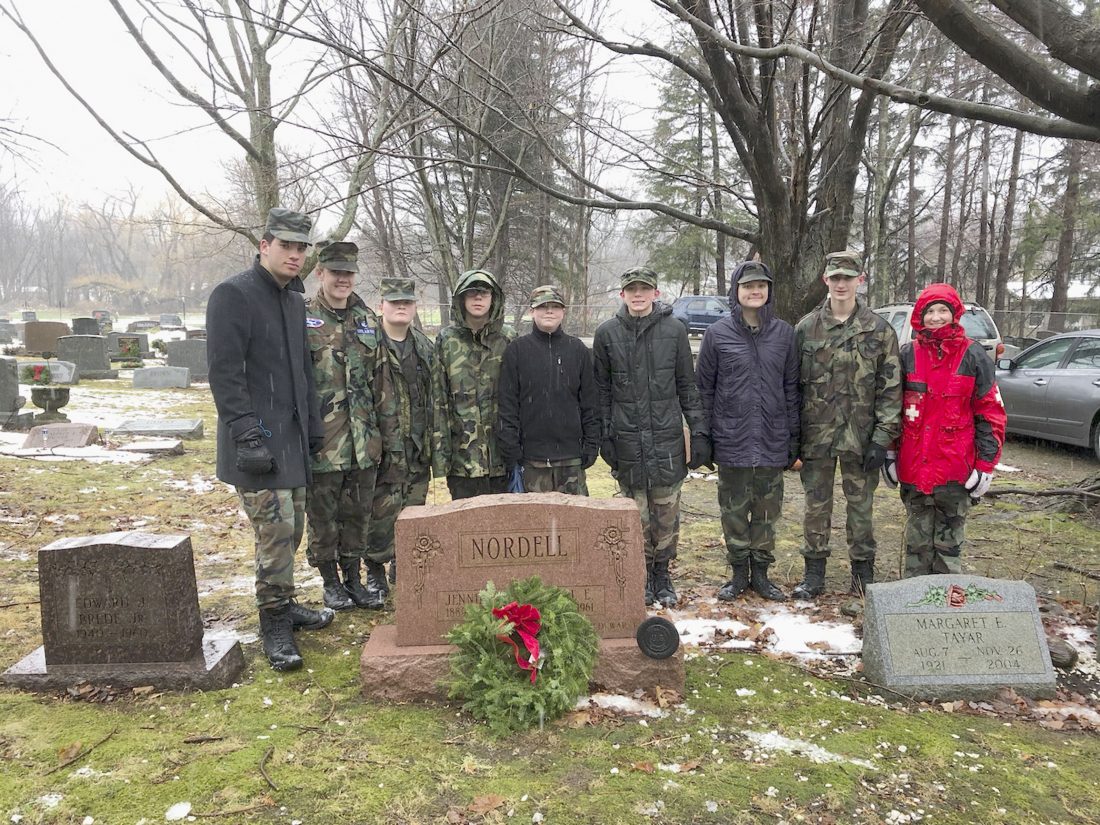 The Dunkirk Composite Squadron of Civil Air Patrol participated in Wreaths Across America for the third year at Forest Hill Cemetery. The service started exactly at noon Dec. 14 as the local church bells sounded.

More than 1,400 locations across 50 states simultaneously participate to ensure that veterans laid to rest are honored on National Wreaths Across America Day. The goal: to place a balsam fir wreath at the headstone of Veterans buried there and spread patriotism and commemoration for the ultimate sacrifices they made for our country. 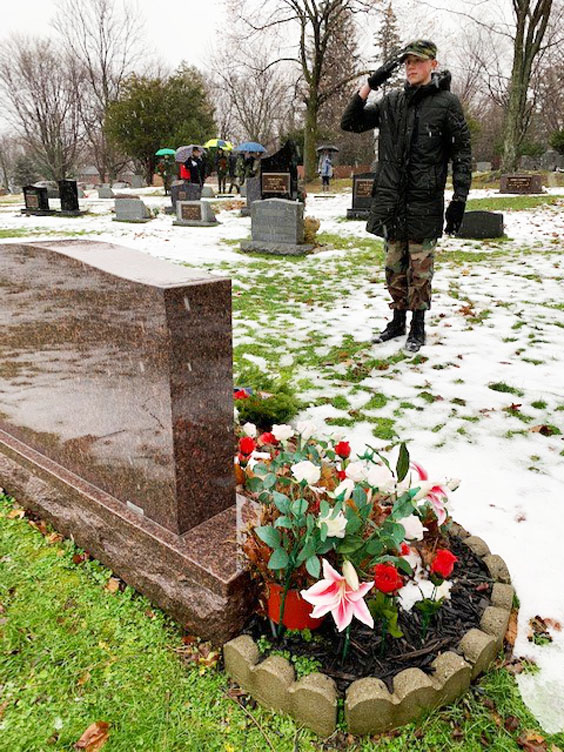 The public was welcome to attend the service and witness the laying of the wreaths.

As each cadet lays the wreath, the salute is held for 21 seconds to represent a 21-gun salute.

The wreaths come directly from Maine a few days before the designated Saturday. Thanks to A.D. Titus Monuments, more than 50 wreaths were unpacked to fluff up.

Thanks also to Literacy Volunteer Director, Julie LaGrow for heading up the online ordering program.

Many thanks go to Forest Hill Cemetery, especially Ann Renkens, sexton, who helps identify local Veterans to be honored. Thanks also go to all those who purchased a wreath either as a designated veteran or for an honorary veteran.

Wreaths Across America supports Civil Air Patrol with this fund-raiser. Each wreath purchased helps Dunkirk CAP Squadron carry on their programs with a focus on Aerospace with the core values of Integrity, Volunteer Service, Excellence and Respect.

This is just one event the Dunkirk Civil Air Patrol participates in. For information on joining the Dunkirk Squadron, NY-351, please contact Commander 1st Lt. Robert Przybysz at 536-2111.

In this photo of the temporary tent headquarters set up for the Women’s Political Union in Dunkirk from 1914, Elnora Babcock is the fourth women from the right, standing in profile between the woman in a hat and the woman with a sash.