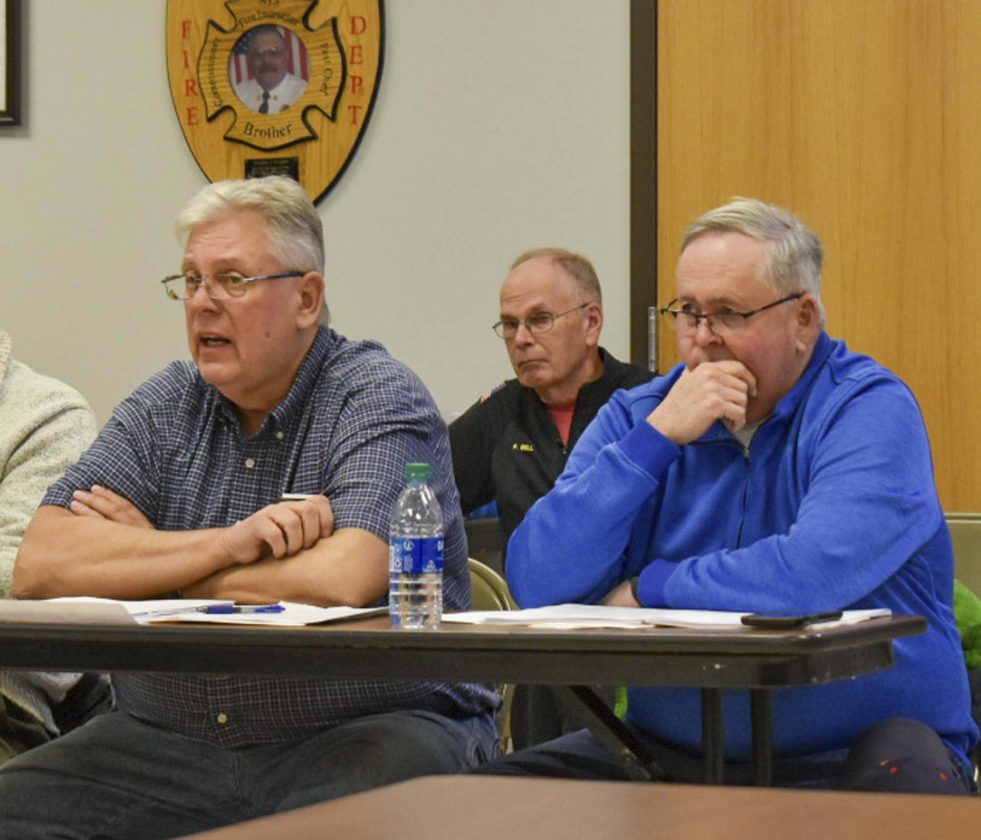 The towns of Sheridan and Dunkirk are starting to consider their next steps for emergency medical services (EMS).

Earlier this week, several different officials, fire chiefs and EMS workers gathered at the Sheridan Fire Department to clear up some confusion and start to consider plans for EMS to be implemented in the towns of Dunkirk and Sheridan as soon as possible.

The village of Fredonia will cease all EMS in the towns of Sheridan and Dunkirk after May 1. The city of Dunkirk fire department will not be stopping EMS to the towns. According to Dunkirk Fire Chief Michael Edwards, they plan on eventually ceasing the services, but have no set date.

“As of right now, the city has not given any notice of not responding (to calls) after a certain date,” said Edwards. “Although, that said, we do have to at some point work towards a date where we come into compliance with (the codes).”

Fredonia and the city of Dunkirk have municipal certificates of need (CON), which promote delivery of high quality health care and ensure that services are aligned with community need, according the the New York state Department of Health. The towns of Dunkirk and Sheridan are not in those CONs. They can not bill those from the towns if they respond, so the tax burden then goes onto Fredonia and Dunkirk residents. The other problem with EMS coming from the city of Dunkirk to the towns is the volume of calls.

“The problem with municipal CONs, the way they’re granted by New York state is they can never be expanded,” said John Griffith, Director of Emergency Services and Fire Coordinator for Chautauqua County. “What they are is what they are. … If you’re working outside of your CON … you’re not allowed to bill outside of that CON. … If it’s not a mutual aid type of agreement, you’re actually in violation of New York State Department of Health codes.”

According to Griffith, getting a CON is a very long and expensive process. Expedited, it would take about four to six months. The CON could cost around $50,000. Along with a CON, the community would also need an ambulance in service. The regulations for ambulances are very specific, even the letters on the ambulance have to be a certain size or else it will not be placed in service.

“I’m not trying to scare anyone, I just want to make sure that people realize it’s not a matter of just sending in the paperwork and in a couple weeks a sticker comes.”

Instead of filing for a new CON and buying and staffing a new ambulance, the towns may consider other communities that may be willing to help. “Silver Creek I believe could apply for an extension onto their (non-municipal) CON, … If that’s what they decide to do,” said Griffith. “I can’t speak for Silver Creek.”

A representative from Alstar was also present at the meeting, “The staffing is very difficult, I mean, we can’t promise anything,” said Julie Vogtli, Assistant Operations Manager of Dunkirk, when discussing contracts and mutual aid agreements. “We’re willing to do what we need to do to help the communities as well.” Alstar has a CON that covers Chautauqua County.

“We have to start thinking about what we can do because obviously the city of Dunkirk is not going to be able to shoulder the entire north-end here once Fredonia stops transporting,” said Code Enforcement Officer James Crowell of Sheridan. “We have to start thinking about how we can solve this problem ourselves and come up with some solution that works.”