Waiting for relief: One woman waits in financial limbo 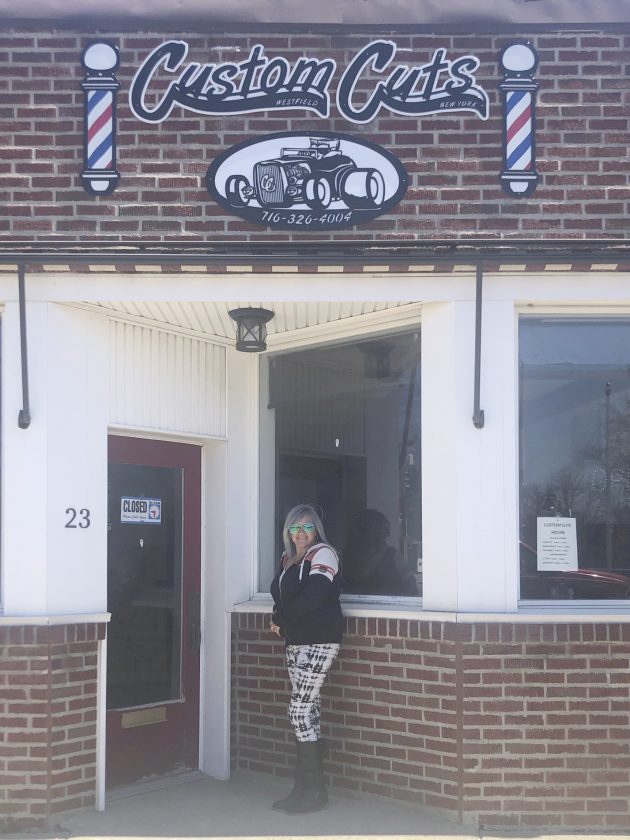 WESTFIELD — Shannon Ryan is a lot of things. She is deaf, but hears through a bone-anchored hearing aid. She’s a cancer patient currently in remission and for the last year has been the owner and sole proprietor of Custom Cuts in Westfield.

As the coronavirus crept into New York State the order came down that businesses had to close at the tail-end of March, but due to her illness she opted to close two weeks prior on March 15.

Ryan lives alone and knowing the bills would continue to come due she did the responsible thing and filed for unemployment. She was denied twice, but the ironic thing was how long the letters took to reach her. One mailed out on March 30 reached her finally on April 30 and the other sent out April 2 showed up on April 28.

“Because I’m self-employed I couldn’t get unemployment so I get the Pandemic Unemployment Assistance funds,” Ryan told the OBSERVER. “On April 15 they sent that form to me, I filled it out and sent it back.”

Waiting around she felt she wasn’t getting anywhere as weeks ticked by and bills piled up.

“I left several messages on their website and called over 50 days to the Department of Labor,” Ryan stated. “I didn’t get through one time.”

She called in every week like clockwork, but then those were denied as well.

“I thought ‘great they denied it also,’ so I called my congressman, I called the statesman and I called the senate,” Ryan shared. “I actually talked to a gentleman at the Senate and he said he’d give me an appeal letter for unemployment. I told him I didn’t qualify for unemployment I can only get the pandemic relief because I’m self employed.”

A few days later things went from bad to worse, as she found out the government sent her information to someone else, resulting in her having to call the credit bureau and having an alert placed on her credit.

“I borrowed money from a friend to pay bills, buy food and get to my doctor’s appointments in Rochester,” Ryan stated. “Things just kept getting worse, I was literally crying myself to sleep every night.”

Soon after another letter showed up, this one stating that she had to pay employees that she didn’t have.

“I’m the only one there, and to make it worse, they had to have the letter returned 10 days after it was post-marked, it was sent April 2, I didn’t receive it until April 30,” Ryan said. “It’s been nightmare after nightmare. I’ve been calling and calling and still haven’t gotten through anywhere. I understand they’re busy, but they don’t reply to you, they don’t tell you you have money coming, they don’t tell you anything.”

On May 6, she finally received her first $600 check from the Federal Government. It wasn’t retroactive yet and she’d been waiting over 10 weeks. The checks are $182 a week without the stipend from the government.

Feeling some relief she called the Small Business Administration to see if she would qualify for a loan and they told her they didn’t know if she was eligible for anything or not because she is the sole proprietor. Her application was in fact denied for a small business loan.

She isn’t eligible for the paycheck protection program either.