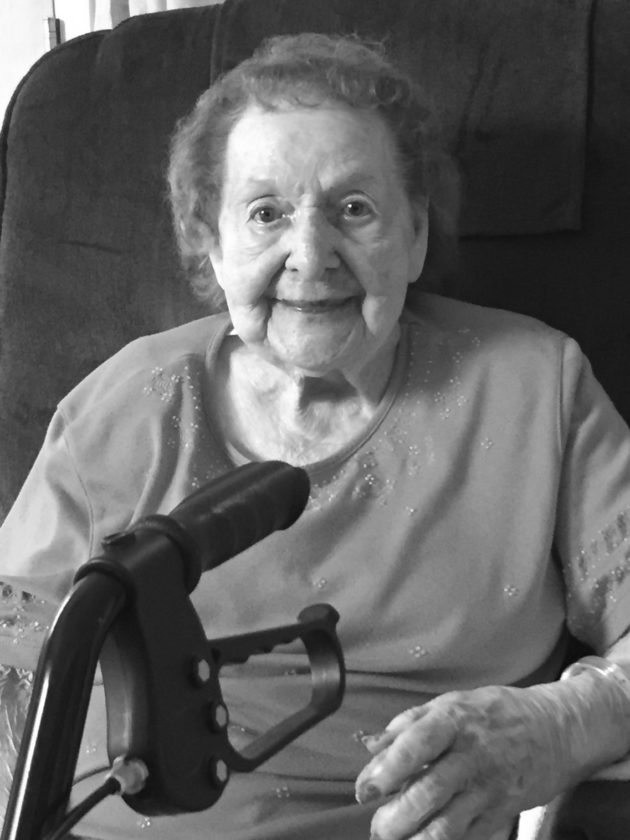 Victoria Stelmack, 95, a resident of Chautauqua Nursing and Rehab Center, Temple Road, Dunkirk, formerly of Forestville passed away Thursday, May 24th, 2018 at her residence.

She was born in Dunkirk, on October 15, 1922, the daughter of the late Joseph and Sophie (Rosrczak) Kozlowski.

She worked as a Chief Cook for St. Columban’s on the Lake Retirement Home, Silver Creek, for 16 years, co-owned and operated a grape & cattle farm with her late husband, Frank Stelmack, on Prospect Road, Forestville, and she also worked for the former Comstock Canning Factory in South Dayton.

She enjoyed knitting, crocheting, ceramics and loved to cook, bake and play cards.

Besides her parents she was predeceased by her husband Frank Stelmack, Sr., whom she married on July 19, 1941 in the former St. Mary’s RC Church, Dunkirk and who died January 31, 1986, by a son, Dr. Frank Stelmack, Jr.; three sisters, Lottie Gervas, Florence Jagoda, Gertrude Majka; and a brother Chester Kozlowski.

A Celebration of Life will be held at a later date. Time and place to be announced. Private Interment will be at the convenience of the family, in Forestville Cemetery.