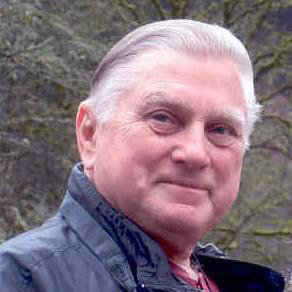 Robert Harry Kolodziej of Fredonia passed away peacefully at his home on December 15, 2017 at the age of 88. He was born December 17,1928 to Harry and Genevieve in Amsterdam, NY. On June 13th, 1953 he married his soul mate, Mildred Thurn of Fredonia, NY. Bob was a member of St. Joseph’s Church in Fredonia and served as a Eucharistic Minister and was a member of the Knights of Columbus. He enjoyed raising his family, the out-doors, traveling and the community of Fredonia, NY. Robert received a Bachelor of Science degree from Rensselaer Polytechnic Institute in Chemical Engineering, earned a Professional Engineer license, and was employed at Al Tech Specialty Steel for over 40 years. He served his community as a Chautauqua County Legislator, Volunteer Firefighter for the Village of Fredonia, President of the Fredonia School Board, member of BOCES Board and member of Cockaigne ski resort Ski Patrol. The profound impact Bob’s humanitarian contributions within the community will always be appreciated and missed by those who have known him. For those who share in his families loss, we hope you will find comfort in the memories that you hold dear to your heart in being a part of Robert’s life.Survivors include his eight children: Mary Dolan and her daughter Kelly and sons Brian and Sean; Julia Grissom Kolodziej and her sons Robert Austin, Aaron, and wife Mara and Alexander; Katherine Panicucci, her husband Al; Robert, his wife Susan and daughter Stephanie; Steve and his wife Deb; Terry Hannum, her husband John and sons John Will and Robert Nick Roger, his wife Nell and daughter Lauren and son Alexander;David, his wife Ann and daughter Alexandra and his brother, Ronald, his wife Marianne and daughters Deb and Annette.He was preceded in death by his wife, Millie and both his parents. Please join us for a celebration of Roberts’s life on Saturday, June 9, 2018 at 12 noon, St Joseph’s Church, 145 E. Main St. in Fredonia, NY. A reception will follow. All are wel-come! In lieu of flowers, please make a donation to either St Joseph’s Church or the Fredonia Fire Department. Arrangements by David J. Dengler, LARSON- TIM-KO Funeral Home.