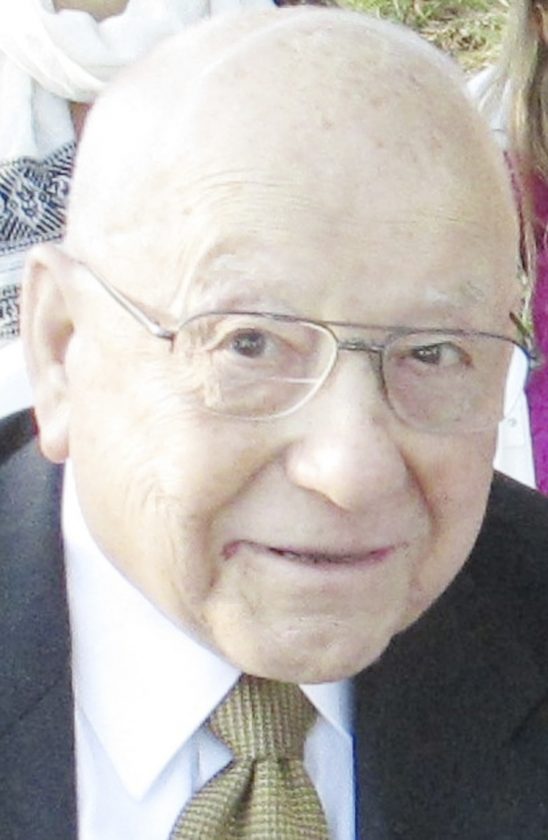 Charles St. George, age 94 of Fredonia, died Thursday October 3, 2019 at Chautauqua Nursing and Rehabilitation Center in Dunkirk, NY. Charlie was the son of Frank and Frances St. George.Charles St. George was born and raised in Fredonia, New York. Following his graduation from Fredonia High School in 1943, he was drafted into the military service and he elected to serve in the Navy.He served with the United States Navy from 1943-1946 aboard the U.S.S. Alaska (CB-1) in the Pacific and participated in the battles of the Philippines, Iwo Jima, Okinawa and the China Sea. In his later years he coordinated the U.S.S. Alaska reunions

for 28 years and was the editor of the U.S.S. Alaska newsletter, the “North Star”.Following his honorable discharge from the Navy, under the GI Bill of rights, he attended the ChownSchool of Business in Buffalo and graduated in 1949 with an associates degree in accounting. This was where he met his future wife, Norma.

After his Mother died, Charlie moved back to Fredonia and was employed in the accounting department at Allegheny Ludlum/Al Tech Steel Corp for 31Ω years. For the last 13 years of his employment he served as Payroll Supervisor until his retirement in 1983. In 1985, he was asked to serve as Treasurer of the Village of Silver Creek. He did that for 2 Ω years.In 1970 Charlie founded the Concord Party and was elected as a Village of Fredonia Trustee. In 1971, he was elected as Mayor of Fredonia, serving in that capacity until 1979. During his tenure as Mayor, he served on many committees for the NYS Conference of Mayors. He served as President of the Chautauqua Conference of Mayors and the first President of the WNY Association of Villages. During his time as mayor, he headed the completion of the Sewage

Treatment Plant, the Fredonia Fire Hall, the DPW Building and started enhancing the Russell Joy Park. While Mayor he always made sure the Barker Common Parks were in pristine condition.Charlie was also in the real estate business for 61 years. After obtaining his Broker’s License, he established his own firm, St.

Associates, Elderly Men’s Cockeyed Association, and was a Charter Member of the Cassadaga Job Corp Community Relations.Besides his community work Charlie was a very active member of St. Anthony’s Parish in Fredonia. He volunteered his services as bookkeeper for church and former Fredonia Catholic School, along with groundskeeper for beautification of the church grounds. He served on the Parish Council, was a lector and a trustee for many years. He was a member of the St. Vincent DePaul Society and had been their treasurer for many years. One treasured award he received, along with his wife Norma, was the Lay Award of St. Joseph the Worker, which was presented to him and Norma by Bishop Mansell in 1977. He joined the Knights of Columbus Council 7921, became a life member and served as

St. Fredonia, NY 14063.On-line condolences may be made at larsontimkofuneralhome.com