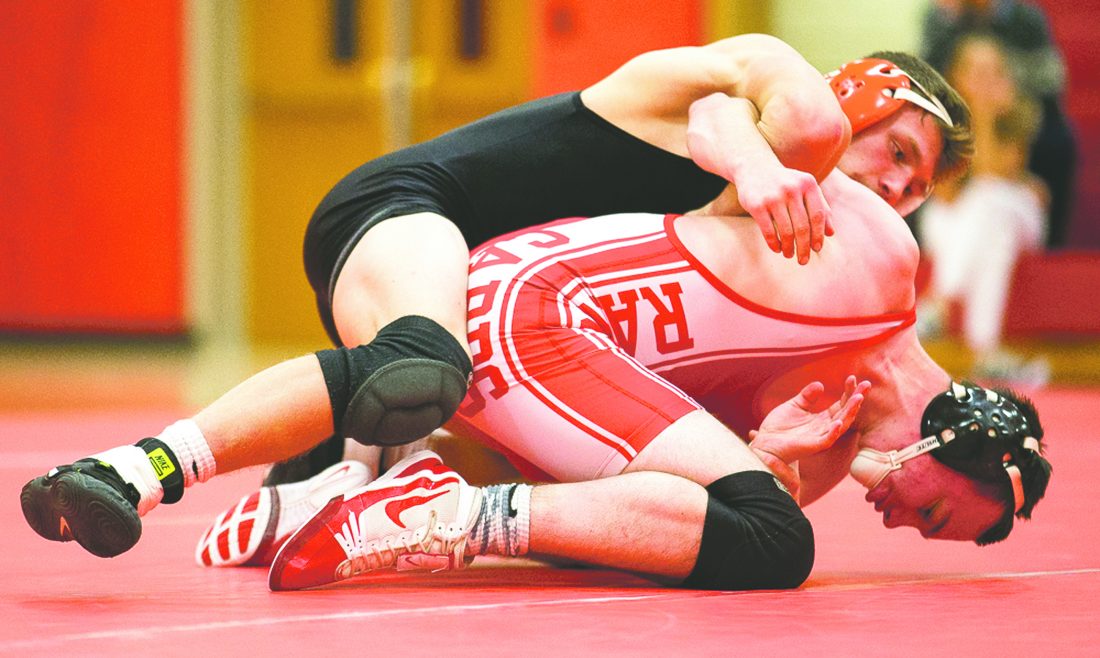 CATTARAUGUS — The Fredonia Hillbillies wrestling team blew the rest of the competition out of the water on Saturday at the Cattaraugus/Little Valley Invitational, with a score of 231.5 — 47 points above second-place Warsaw.

Fredonia’s Dalton Gardner earned the tournament’s Most Outstanding Wrestler award, in addition to his perfect 5-0 record in the 138-pound weight class.

“Dalton was solid in every match,” said Fredonia head coach Joe Santilli. “He wrestled really well against an extremely tough competitor (Andrew Englerth) from Section V in the final.” Gardner defeated Englerth by a 9-3 score.

Gardner wasn’t the only champion on the day, however. In fact, he was far from alone, as Fredonia had 13 of the 14 wrestlers in the tournament place in the top six. Giovani Russo won the 132-pound class, while Ceric Kristan won the 170-pound class. Lucas Hoffman (106-pound) and Jake Skinner (220-pound) each took second place in their weight class. Hunter Larson, Cole Golembieski, Alex Christy and Yanni Acevedo all finished third in their class, while Jack Storm finished fourth, Antonio Pagan finished fifth and Bryson LaGrano finished sixth.

“It was a total team effort,” said Santilli.

Fredonia will send many of its wrestlers to the Chautauqua Lake Last Resort Tournament on Monday at Chautauqua Lake High School, beginning at 5:30 p.m. That tournament is designed for competitors who have yet to meet the required matches to qualify for the postseason.

The Hillbillies will be in action as a team once again on Saturday, in a tournament at Cheektowaga.