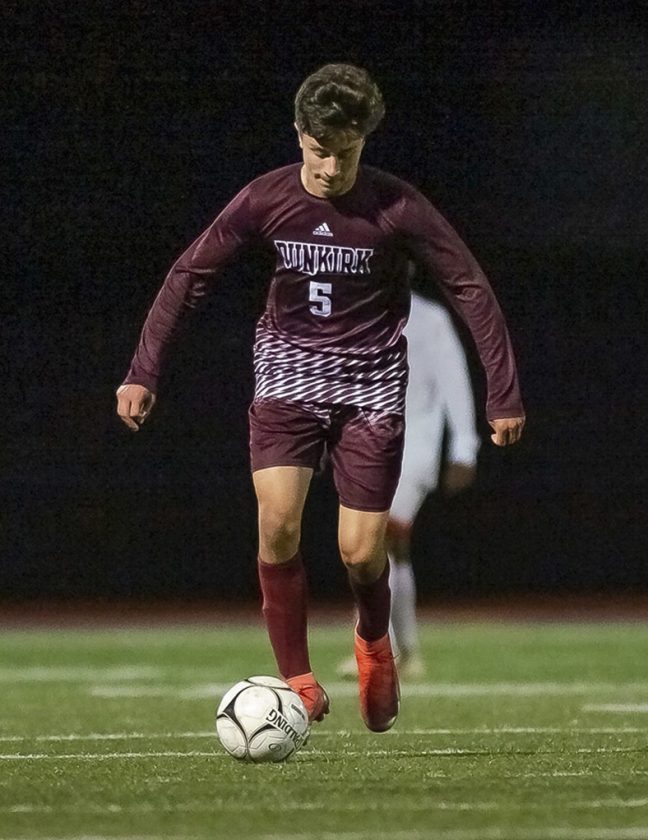 The Dunkirk Marauders boys soccer team played to a 1-1 draw with the Olean Huskies on Monday night under the lights at Carl Hoeppner Field. Dunkirk jumped out to the early lead, as Brady Corbett buried the rebound off Josiah Cox’s shot, started by a nice through ball from Nicholas Hayes. Olean tied the game at the 36 minute mark on a goal from Stephen Hoffman.

Both teams had several quality chances in the second half. Olean had several direct kicks from just outside the 18, but Dunkirk goalkeeper Ashton Witkowski was able to turn away every shot he faced in the second half and through overtime. Dunkirk’s Bryson Travis and Nick Hayes each had chances on their direct kicks, but both shots failed to find the net. Scott Korzenski, Luis Gonzalez and Adam Sanchez played outstanding games for Dunkirk.

Dunkirk is back at home on Friday afternoon at 4:30 p.m. for the Marauders’ final home game of the season.