Bills prove to America they belong 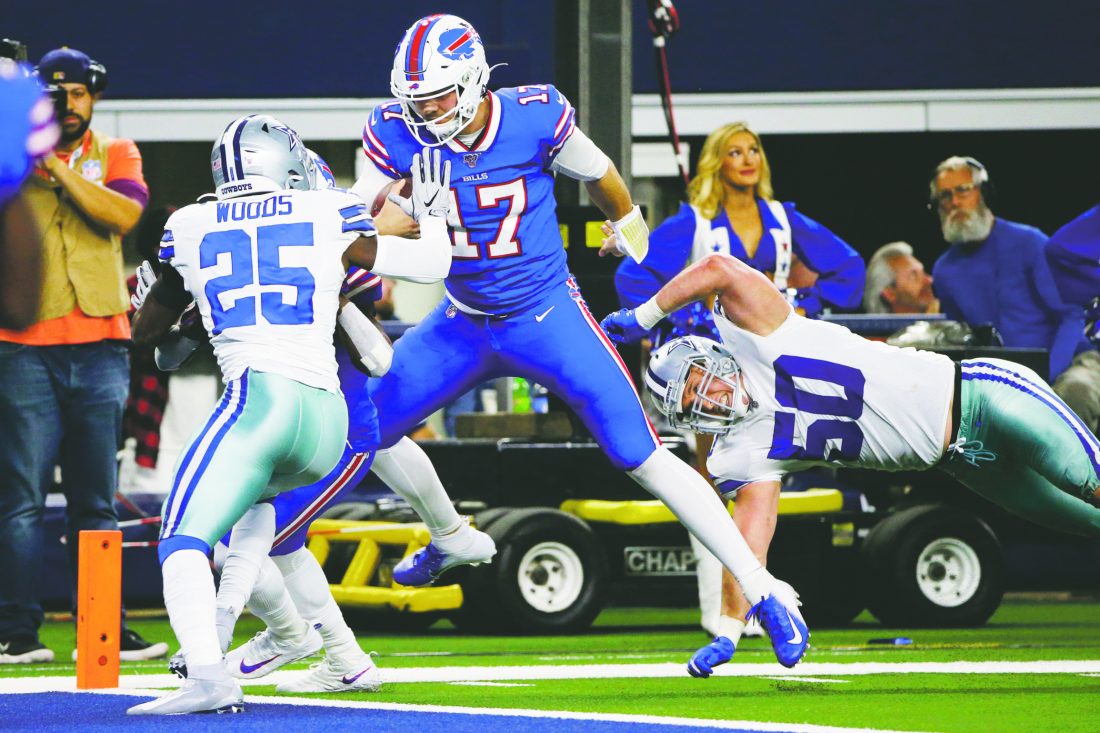 With all the eyes of football fans across the country finally on the Buffalo Bills, the stage was set to prove the doubters wrong — and the Bills delivered with a statement victory.

On the road against the team that has been called “America’s team,” for reasons I’ve never been able to understand, it was the men wearing red, white and blue that impressed the national audience. The Cowboys’ billionaire owner in his world renowned stadium was left bested by a small town farm boy in Josh Allen, who celebrated with a turkey leg in front of the country.

This was the kind of win that will put Buffalo on the map. Allen was great, as he avoided mistakes all day long and thoroughly outplayed Dak Prescott. Between the two quarterbacks, not many people would have projected Allen to be the quarterback who avoided risks to produce an incredibly efficient game, with Prescott taking on the role of coughing up the ball and relying on “too little, too late” garbage time statistics to pad the statistics in what was a very poor game — but that’s exactly what happened. Don’t let the final score fool you: Buffalo flat out drubbed the Dallas Cowboys in front of the nation.

On the first drive of the game, the Cowboys marched down the field on nine plays for 75 yards, finished off by a touchdown to Jason Witten. The “We ‘dem boyz” and “How ’bout them Cowboys?!” chants were queued up, ready to go. But then, the Cowboys were silenced. Ezekiel Elliott only had 12 carries on the day, while Prescott was forced to throw the ball 49 times. He was sacked four times, threw an interception and fumbled. Combine Prescott’s poor performance with the kicking woes of Brett Maher — who saw Stephen Hauschka’s struggles and responded with a “Hold my beer,” type of letdown of his own — and the Dallas defense’s inability to keep the Buffalo offense in check, and you get 26 straight points from the Buffalo Bills in a 26-15 victory. 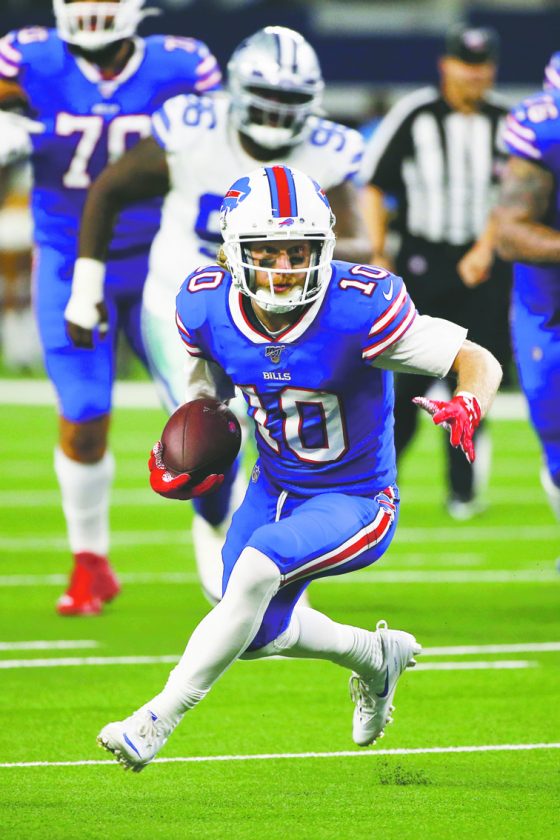 One of the biggest moments of the game came on 4th-and-1 with just over two minutes left in the first half, as Allen picked up a fumbled snap and fought through contact to gain the first down. On the next play, the Bills took the lead on a trick play as John Brown threw a 28-yard touchdown pass to Devin Singletary on a reverse pass that left Dallas completely clueless. Hauschka missed the extra point to leave the score at 13-7, but Maher missed a field goal to close out the half with the same score.

Another obvious standout performance on Thursday was Cole Beasley in his return to Dallas. After leaving the Cowboys for more opportunities, he saw plenty of them on Thursday. In a game featuring both Brown and Amari Cooper, it was Beasley who had the best day, with six catches for 110 yards and a touchdown. Beasley got the revenge he desperately wanted against an organization he was very critical of on his way out, and the entire football landscape saw him do it.

The other impressive performances by the Bills came from the defensive line. Ed Oliver lived up to the hype that got him picked in the top 10 of the NFL Draft this past offseason, with a pair of sacks and a forced fumble. The fumble Oliver forced was recovered by Trent Murphy, who also had a key sack of his own on fourth down to basically put the game out of reach in the fourth quarter. Even Star Lotulelei had an interception in the game, highlighting just how strong of a game the Bills had in the trenches. Buffalo’s often-criticized defensive line wrecked the Cowboys offensive line and it resulted in a victory. That Bills unit has not looked better than it did on Thursday.

If anyone was still doubting the Bills after the first 12 weeks of the season, it’s safe to say those criticisms were put to rest on Thursday. The Bills looked dominant against a Cowboys team that should be much better than they were on Thursday. It was Dallas that made the mistakes that bad teams make, while Buffalo looked as strong as ever. It’s finally time for the league’s loudest voices to give credit to the Buffalo Bills, who have cemented themselves as one of a handful of teams that are legitimate contenders at this moment.