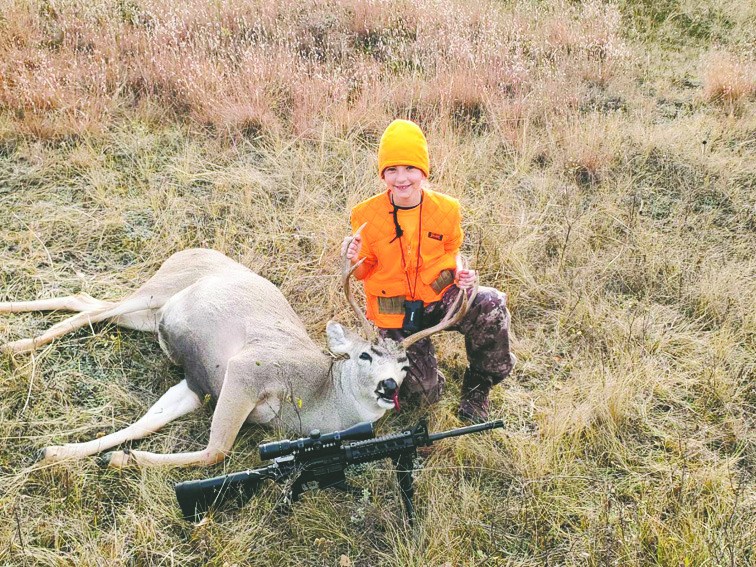 Gary Dudek is a well known member of the hunting and trapping community locally. Dudek has received several awards for his dedication to trapping and Hunter safety instruction as well as operating pistol instruction courses at the Northern Chautauqua Conservation Club. Like they say in the Farmers Insurance Commercials on TV, ‘He knows a thing or two about hunter safety.’

Dudek commented that his two grandchildren both harvested buck mule deer this year during the state of Montana’s special Youth Hunt. Dominick Buchnowski is 12 years old and was hunting with his mother, Amy. The hunters do a lot of walking and use field glasses for sighting their prey. Once located, the hunter then stalks within range and utilizes rifles for the kill.

Dominick successfully shot his buck at 93 yards using a 308 rifle fitted with a suppresser. Once the deer is down, the hunters retrieve their quarry and pack it out using a gutless method that involves quartering the deer. The meat is placed in large plastic bags and packed out. Later that same day, Dominick’s 11 year old sister Kiley also harvested her first buck at 93 yards, while hunting with her father Nick.

Once again the whole family arrived to butcher and pack out their prize. Both kids spend a lot of time practicing with their rifles under the instruction of their parents. Dominick can place three shots inside a half dollar size circle at 200 yards. Kiley is close behind. Later in the season, their father Nick also harvested a nice buck. Amy does all the butchering. She estimates her meat bill is $800 per month if they don’t shoot their own venison, and fortunately, the entire family loves the taste of venison. The success of these two young hunters makes a strong argument for lowering the legal hunting age to 12 years of age in New York. Congratulations!

Calendar: Oct. 1 – Nov. 15 is the Southern Zone Early Big Game Bowhunting Season. The Northern Chautauqua Conservation Club will once again be hosting a Hunters helping the Hungry Program. Members of the “Con Club” are asked to bring non-perishable food items to the club on Tuesdays during the hunting season. All food and monetary donations will then be turned over to our local charities for distribution to the needy prior to Christmas. 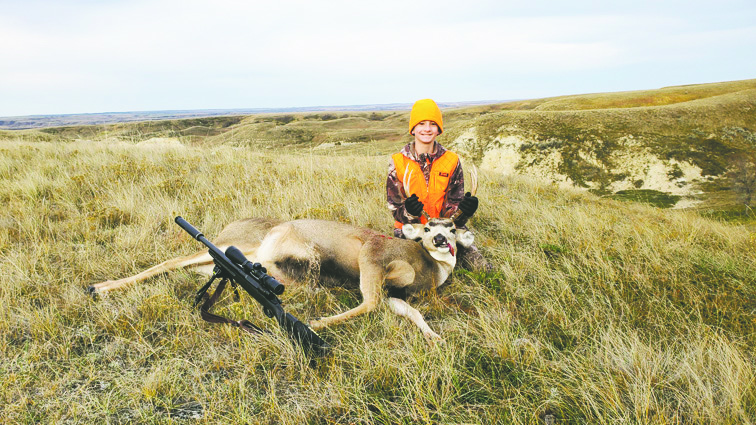 12 year old Dominick Buchnowski with his buck taken on the same day as his sister. OBSERVER Photo by Gene Pauszek.

The Western New York Safari Club Will host their 25th annual Game dinner on Friday December 13 at Michael’s Banquet Facility located at 4885 Southwestern Boulevard, Hamburg. The doors open at 5 p.m. with dinner at 7 p.m. There is a $45 donation. For information call Terry at 472-2380. 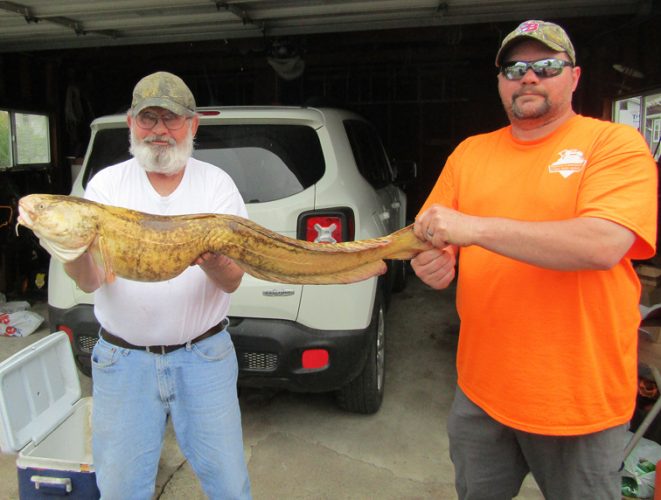 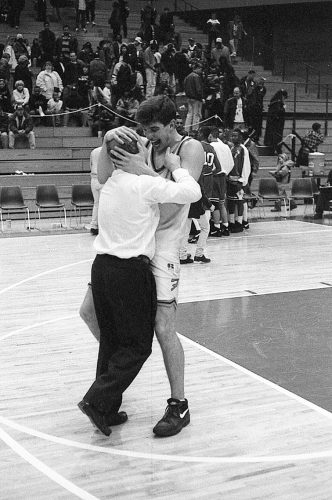