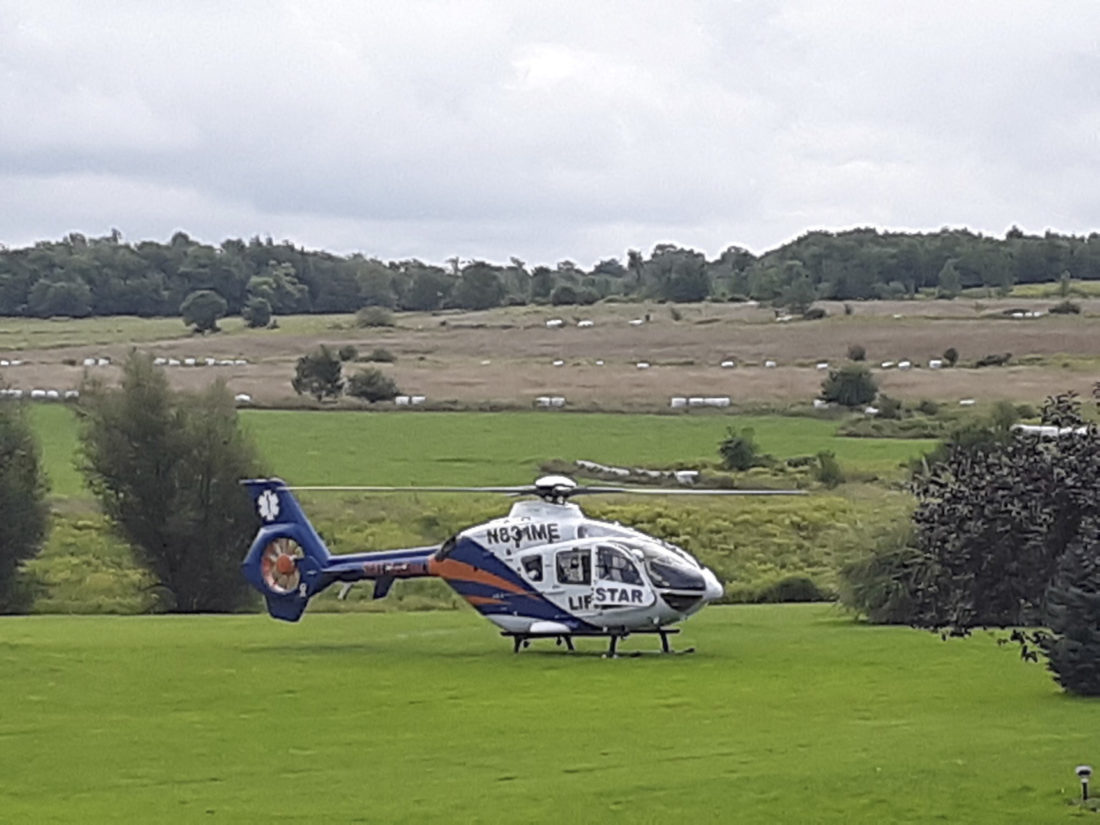 A man was taken by medical helicopter to an Erie, Pa., hospital with potentially life-threatening injuries after he was reportedly run over by a garbage truck Thursday in Sinclairville.

The incident occurred at about 11:15 a.m. in the area of 2307 Edson Road. The person, who Sinclairville fire chief Joseph McKenna said was conscious and alert at the time, was removed from under the truck around 11:45 a.m. He was immediately transported to an ambulance and later a helicopter to be transported to UPMC Hamot in Erie, Pa.

McKenna said it wasn’t immediately clear how the incident occurred. He said the man’s injuries were considered “potentially life-threatening.”

Firefighters from Sinclairville and Gerry responded to the incident, as did Chautauqua County EMS and the county’s medical director. Deputies with the Chautauqua County Sheriff’s Office were also at the scene.