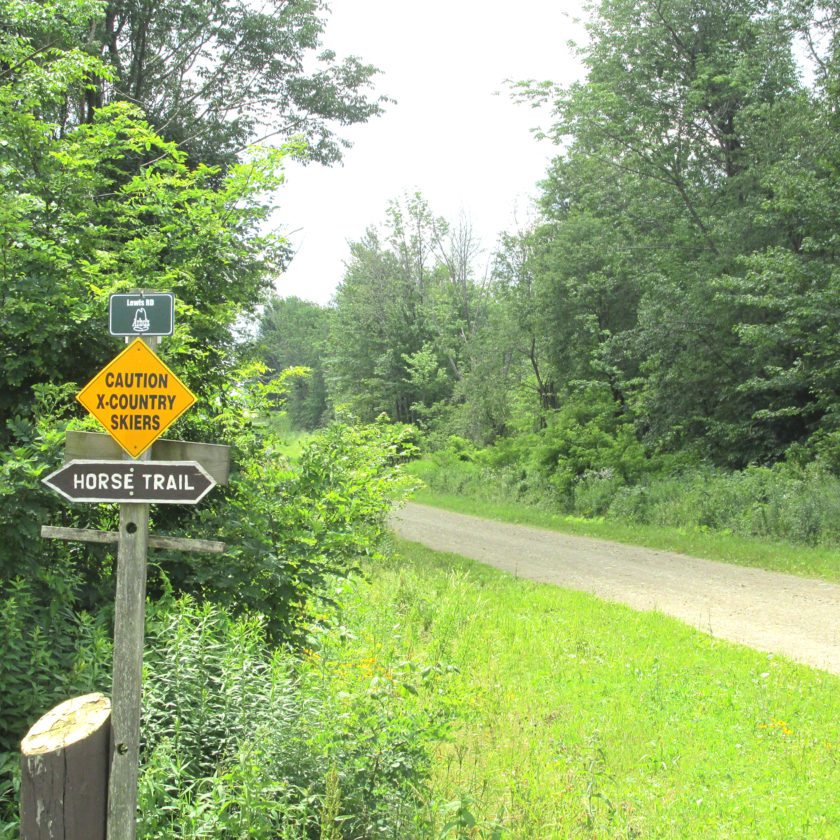 OBSERVER Photos by Damian Sebouhian At left, an equestrian trail starting point at the northern tip of Boutwell Hill State Forest. At right, Quinn Kaye atop her horse Chance. Kaye says she comes out to the trails at least once a week.

“There’s a four-phase plan to extend the trails,” said Gooch. “Phases one through three are completed.”

According to Missy Whittington, long time volunteer and newly appointed president of the trail system, “we’ve just completed the incorporation of Chautauqua County Equestrian Trails (CCET) as its own entity. We have filed paperwork to become a 501c3, so we’re a not-for-profit organization for the trail.”

Currently, the trail runs along existing pathways and new connections that extend from the northwestern corner of Boutwell Hill State Forest to the peaks of the Cockaigne Ski Area in the south and over to the village of Cherry Creek, with many privately developed trails in between, which are accessible to the public.

“Phase four is (among other things) to develop a route from Cherry Creek back to Boutwell State Forest at different routes” to make one continuous loop, said Gooch. “(Right now) if you wanted to take a completely new route without ever walking over the same trails, you can’t do that yet.”

Whittington said the CCET is also planning on upgrading the parking lot at the northwest entrance.

“We’re working with the town of Cherry Creek’s highway department. The estimate right now is approximately $185,00 for the parking lot. We’re in touch with the county. They’ve asked us to give them pictures that provides the usage to prove to them that there’s a need for it.”

“One of the goals of the equestrian trails is to bring tourists into the area,” said Gooch.

“We are working on — through a different grant — possibly having an electronic trail counter in the county that could be used on site on a temporary basis,” Gooch explained.

Volunteers also are checking in with local bed and breakfasts, restaurants and other businesses regarding tourist influxes.

The trails are opened from June 1 through Oct. 1 every year to foot, bicycle and equestrian traffic. All motorized vehicles are prohibited.

“It’s a long trail (approximately 20 miles), so you have a lot of opportunities to see a lot of different sights,” Gooch said. “That part of Chautauqua County is very beautiful; it’s very hilly, but without being too steep that it’s too difficult (to manage). It’s for a rider who wants a bit of a challenge, but not something so aggressive that they have to worry about what’s going on with every step of their horse. The trails have a nice mix of being within the woods and being in rural farm fields. You’re able to traverse into the village of Cherry Creek, where you can find some amenities.”

For more information about CCET, go to http://www.tourchautauqua.com/Where-To-Play/Trails-And-Parks/Chautauqua-County-Equestrian-Trail-System.aspx?mid=15833&c=30

The Northern Chautauqua Community Foundation (NCCF) is excited to announce that four communities will be ...

In response to the COVID-19 crisis and the impact it is having on businesses throughout Chautauqua County, the ... 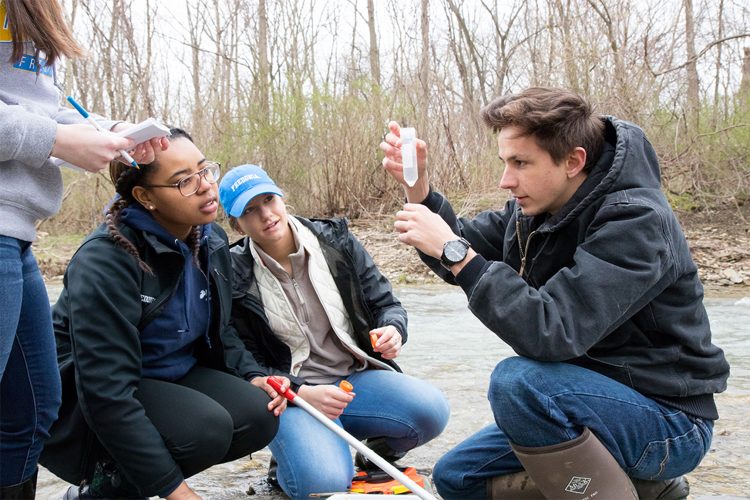